Benue State Governor, Samuel Ortom has condemned the killing of 25 locals by criminal herdsmen who invaded several communities in three local government areas of the state. 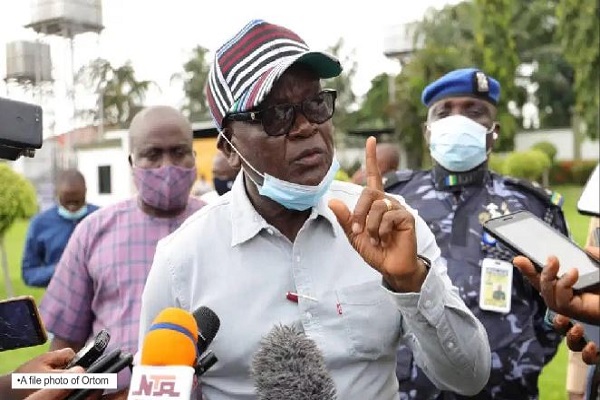 It was gathered that the armed herders invaded Tse-Sumaka village in the Mbadwem Council Ward of Guma Local Government Area, killing nine people and injuring one.

A traditional ruler was reportedly killed in Gaambetiev, while many others were critically injured and several houses burnt at Avalumun Ioraav in Turan Council Ward of Logo LG.

At Tiortyu community in Tarka LG, another 15 people were murdered by the marauding herders who attacked the communities between 8 pm on Monday night and 3 am on Tuesday in what appeared to be a coordinated siege by invaders.

The Special Adviser on Security to the Benue State governor, Lt Col. Paul Hemba (Rtd) said that the total figures of death recorded so far could be higher than 25 as efforts are ongoing to trace missing persons.

“In Tarka, where I am just coming from with the commissioner of police and commander of 72 the Battalion, so far 15 corpses have been recovered but it is strongly suspected that more will be recovered in the bushes.

“For now, those are the corpses we have physically seen and counted. When you consider all these things I have told you, the figure may be higher.

“In Logo, a traditional ruler was involved (killed) but now that I am back I will get my contacts to see if the figure has risen,” he added.

When contacted, the Police Public Relations Officer (PPRO), SP Catherine Anene, confirmed the killing saying: “I am currently at the scene as we speak. The incident is confirmed. Corpses have been removed. The road is cleared. Investigation continues.”

In a statement issued by his Chief Press Secretary, Nathaniel Ikyur, Governor Ortom reiterated the call for residents of the state to defend themselves against gunmen.

He said, “It is becoming increasingly glaring every day that my people are now endangered species and so we can no longer wait for help from anywhere. My people will have to rise up to the occasion to defend themselves and their heritage…

“We are law-abiding citizens. We have cried for help against these invaders but nothing is forthcoming. We are left alone and it looks like it is a deliberate strategy. Now we have only one option; to defend ourselves or get extinct. This is a case for our survival.

“We have been accommodating of other people in our land but our hospitality is misconstrued as weakness. We are not a conquered people. We will never be. We are free born citizens of Nigeria.”

Ortom, however, enjoined security operatives to do more in crime prevention and the protection of lives and property in the state, just as he urged the people to cooperate with security agencies to flush out the undesirable elements in the society.

The governor added that the state government would not shy away from its commitment to provide welfare and the security for its citizens.

KanyiDaily had also reported how suspected Fulani herdsmen killed six persons, including pregnant women, during an attack at Mgbuji and Ebo autonomous communities in Enugu State. 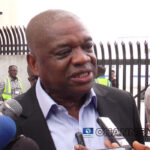