Kwara State Governor, AbdulRahman AbdulRazaq has finally revealed why he gave approval for female Muslim students to wear hijab to public schools in the state.

KanyiDaily recalls that Kwara Government had approved the use of hijab for Muslim schoolgirls in all public schools in the state, but Christian institutions kicked against it, insisting that they will not allow such in their missionary schools.

The controversy led to violence last Wednesday morning after Christian officials of Baptist School, Surulere, disallowed the girls in Hijab from gaining access into the school.

Speaking uring a statewide broadcast on Tuesday night, Governor AbdulRazaq insisted that his administration’s decision on hijab issue was taking in good faith and in the overall interest of the people of the state.

According to him, the decision to allow Muslim schoolgirl who wishes to wear hijab in public schools was based on consultations, meetings, brainstorming and dispassionate weighing of policy options.

The governor, however, noted that the tension generated by the hijab question ” are old wounds that must be healed.”

“On 26th February, the administration announced an official policy allowing any willing Muslim schoolgirl to wear the hijaab in public schools. That announcement followed several days of consultations, meetings, brainstorming, and dispassionate weighing of policy options. ”

“We took that decision in good faith and in the overall interest of all. I swore to an oath to protect every Kwaran. This oath includes looking at the bigger picture and doing everything to prevent a crisis before it occurs.

“I acknowledge the apprehension from the Christian and Muslim communities. Having held dozens of meetings with various thoughts leaders from both sides in the last four weeks, I am convinced that beneath the tensions and misgivings around the hijaab decision are old wounds that must be healed.

“I assure all Kwarans that we will take genuine steps to address the concerns raised by various faith communities. In doing so, a huge dose of understanding, selflessness, and patriotism will be required. Going forward, we will need leaders from both sides to spread message of love, accommodation, patience, peace, and mutual respect.

“Notwithstanding their varied positions, I am proud of the level of restraints and statesmanship shown by our religious leaders. I commend them and reassure them that we will always be fair, courageous in taking decisions for sustainable peace, and be willing to listen to their concerns. The starting point will be the reconstitution in the coming days of the interfaith committee to further build confidence as well as provide templates to steadily resolve all issues of mutual concerns.

“I commend the security agencies for their professionalism and their sticking to strategic patience jointly agreed upon. This has helped to prevent loss of lives and properties, while keeping crisis merchants in check. I urge parents to speak to their wards to stay away from trouble. Any attempt to take advantage of the situation to foment trouble will be met with maximum punishment prescribed by the law.

“Finally, my profound appeal goes to all our leaders to prioritise communal peace and human brotherhood. We need to join hands to build a generation of future leaders who acknowledge and respect one another’s differences. This is necessary to build a community of patriots and partners for a greater Kwara.”

Meanwhile, Muslim Rights Concern (MURIC) has lashed out at the Christian Association of Nigeria (CAN) for rejecting the use of hijab by Muslim students in missionary schools in the country. 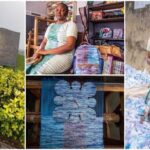 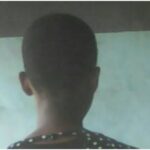