Muslim Rights Concern (MURIC) has lashed out at the Christian Association of Nigeria (CAN) for rejecting the use of hijab by Muslim students in missionary schools in the country. 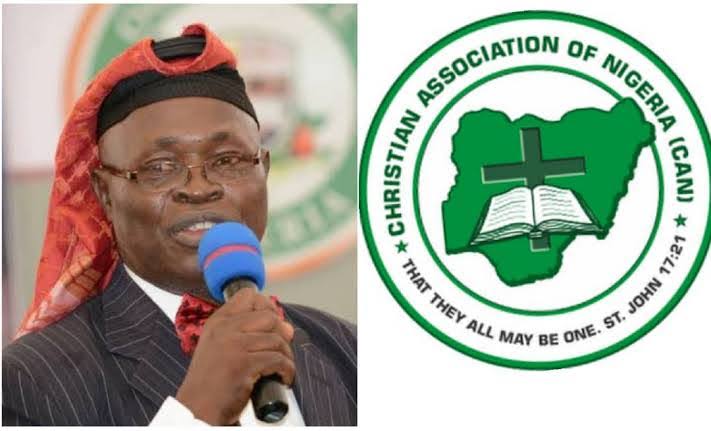 KanyiDaily recalls that Kwara State Government had approved the use of hijab by Muslim schoolgirls in all public schools in the state, but Christian institutions kicked against it, insisting that they will not allow such in their missionary schools.

In a statement issued by its Director, Professor Ishaq Akintola. MURIC said that the schools which the CAN still refer to as missionary schools, have been taken over by the decree issued by former Head of State, Yakubu Gowon, in 1974.

MURIC also attacked the CAN for kicking against the hijab bill titled ‘Religious Discrimination (Prohibition, Prevention) Bill 2021’ which scaled through the second reading in the House of Representatives on Tuesday.

“CAN is not talking about morality, legality and justice in its opposition to the bill. CAN is not interested in whether it is right or wrong. The only thing CAN is interested in is to impose its own whims and caprices on the lawmakers by threatening fire and brimstone, ” the statement reads.

“Imagine CAN’s words, ‘We are not against the wearing of hijab in public and Islamic schools but our schools should not be included unless those states are looking for trouble’.

“These are schools being fully funded by the government. Teachers’ appointments, promotion, salaries, entitlements, etc are in the hands of government. Is there any doubt about who owns the schools? It should be noted that both the Christians and Muslims were fully compensated when government took over their schools.

“CAN is trying to scare the lawmakers. Its statement is full of threats. But we are not bothered. The process must take its due course. This is about law-making and the honourable members are not morons. They know what the bill means from the point of law and within the context of the Nigerian constitution. They have also been following events around the country and even outside the shores of Nigeria.

“CAN said the bill is ‘ill-timed’. How can a bill seeking freedom from oppression be ill-timed? Everyday is the day of freedom. Every moment is the moment of liberty. It is only the 21st century disciples of Pieter Willem Botha and F. W. de Klerk who remain ideologues of ‘No freedom today’. Those who postpone the day of liberty live to crane their necks from the narrow confines of their bedroom windows as liberty train cruises by.

“The world is changing but CAN is averse to change. Democracy has gone digital but CAN still sees it with analogue eyes. Even colonialist Britain recognised the need to let people go. It granted independence to countries within its empire decades ago. Today Britain allows hijab in its schools. Go to Britain and see freedom. American schools allow hijab. Canada, Latin America and the rest of Europe have seen the light. Baptist College in Australia changed its school uniform to accommodate hijab-wearing students in 2019.

“But here in Nigeria, CAN, an ultra-conservative body, wants to drag Nigerians back into darkness after we have seen the light. It had better not be. CAN is the most conservative and reactionary organisation in Nigeria today. CAN is neck deep in gymnastic religiousity. The hijab bill must go ahead. The people’s representatives must boldly march forward. Distinguished reps must not allow CAN to scare this honourable House.

“Besides, this bill is not about hijab wearing alone. It is about freedom from all sorts of discrimination in workplaces and all public spaces. For instance, it will free a poor man from harassment if he enters a five star hotel or empower him to sue anyone who attempts to embarrass him. A female worker will be able to cite it if she is discriminated against on account of her being a female.

“This is freedom bill. It is the people’s bill but CAN wants to kill it. It is not only for religion or hijab. It is about the people’s fundamental human rights. Honourable members must not allow our oppressor to have his way. We seek the protection of the distinguished members of the House from the tyranny of CAN.

“It is the selfish wish of CAN to monopolise everything, including legislation. If it were possible, CAN would turn back the hands of the clock and take Nigeria back to apartheid South Africa where ‘Dogs and blacks not allowed’ to enter certain clubs, swimming pools, etc, except that CAN would replace the word ‘blacks’ with ‘Muslims’.

“MURIC therefore urges honourable members of the House to ignore CAN’s rantings and go ahead with the freedom from discrimination bill. We charge lawmakers to resist CAN’s intimidation and coercion. This is the time for lawmakers to stand up for justice, truth and righteousness.

“Nigerians are yearning for freedom. The poor masses are working under severe conditions particularly in expatriate companies. They are suffering and they are looking up to their representatives for liberation. Extant laws are not enough to set them free. This bill is exactly what they need to emancipate them from tyranny, oppression and persecution. CAN is a distraction. Go ahead and do the job for which you were elected. Set the people free.”