A Nigerian woman identified as Alexandra Tchomte has narrated how she refused leave the country even when opporturnities came for her to relocate to the United States, Canada and other European countries. 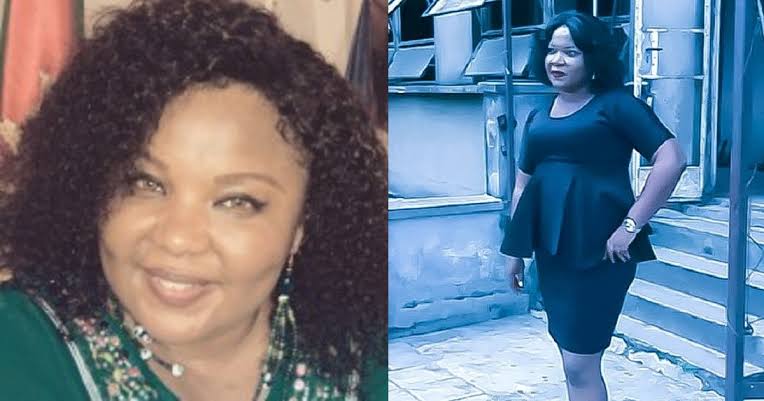 In a post shared on her LinkedIn page, Alexandra revealed that she rejected her family’s offer to move to America, Germany, France and Canada, because she prefers to reside in Nigeria.

She said although life became tough after rejecting those offers to live in a better part of the world, but she has no regret as she would choose Nigeria over again.

“After rejecting several opportunities that my family offered me to travel and live in America, France ,Germany and Canada … I chose to live in Nigeria !!!! Gosh it was tough in the beginning !!

READ:  Presidency Laments About People Being Smuggled In Trucks Out Of Lagos Amid COVID-19 Lockdown

“Have you seen that background that looks like the type of house that lodges zombies in movies ?? I lived there for a while in Nigeria.

”I could not call anybody. Lol I almost tried to ask for help but I am sure my family would have reminded me that among all countries on earth, it is the headquarter of Boko Haram that you chose to live in.

”Today, i have absolutely NO regret and if I were to turn back the ends of time ,I would have still wanted my Nigeria.

”The type of business that you can do in Nigeria as a foreigner, you can’t do it anywhere in the world . I love my Nigeria shahhhh”. 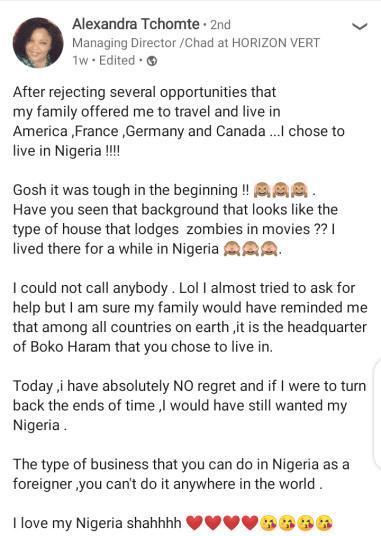 Meanwhile, a popular media personality, Toke Makinwa had come under heavy fire on the social media after claiming she loves dogs more than human beings. 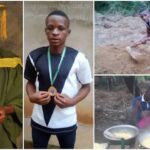 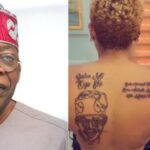