A fraudulent artist named Wisekid has been called out after he made millions by copying songs of a famous singer, Wizkid, and impersonating him on streaming platforms. 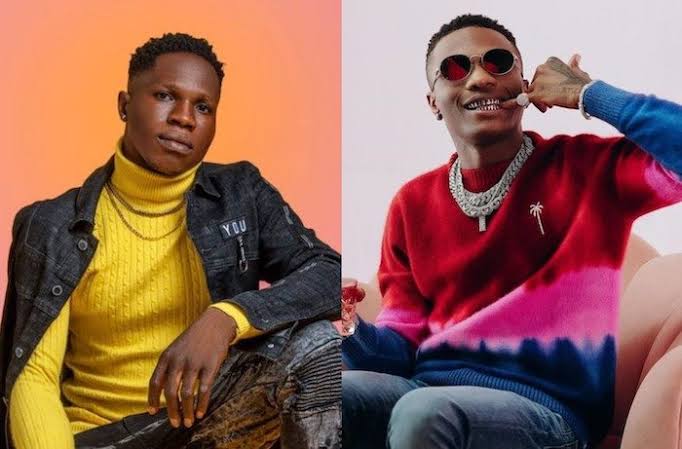 Since October 2020, Wisekid has been making N30 million monthly on Amazon and Apple Music after he cloned Wizkid’s “Made In Lagos” album and renamed it as “Lasgidi Made”.

The tracklist of the replica album “Lasgidi Made” were rearranged to prevent the streaming platforms from detecting his fraud and to deceive unsuspecting music lovers.

As a result of Wizkid’s popularity, Wisekid was able to garner more than 9.3 million streams per month from 130k daily listeners since October 2020.

Everything was going smoothly for Wisekid until he started bragging about his streaming numbers on the social media, that was when he caught the attention of people who noticed he was getting a huge chunk of Wizkid’s streams.

Wisekid’s account has since been deleted on Twitter, and his streaming accounts have also been deleted for copyright violation and infringement.

A lot of reactions have trailed the discovery on the social media with many fans calling on the authorities to find the culprit and deal with him appropriately. 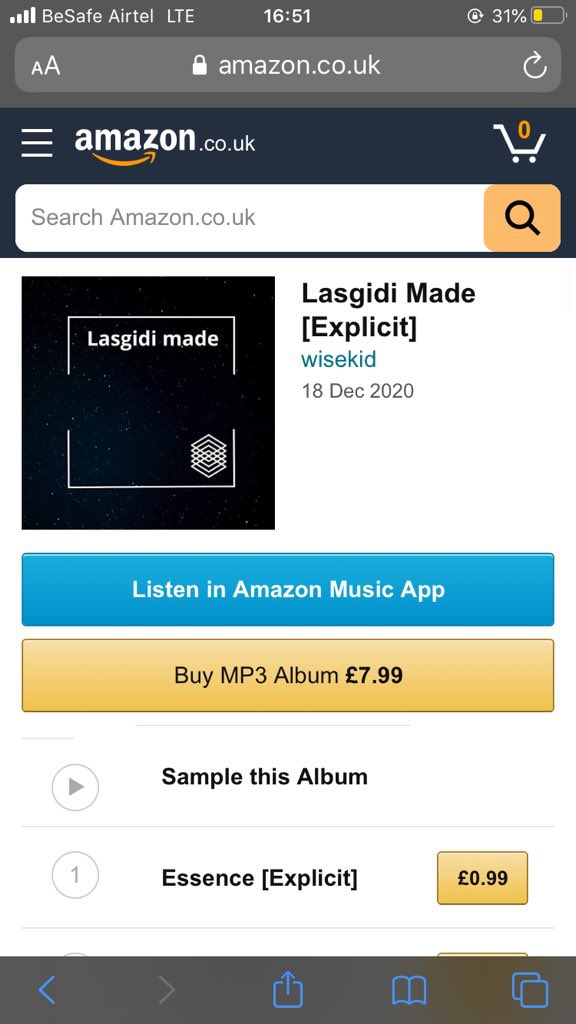 Some of the music platforms have been notified of the fraud and are already taking action.

While it is true that he distributes some of his content through our organization, we will like to make it categorically clear that the said, 'Lasgidi Made' album was not distributed via our platform. (2)

we will be deleting the rest of Wisekid's content on our platform and we have informed our legal team to immediately commence investigation on the issue and prosecute the matter to the full extent of the law. (5)

An Artist named Wisekid has been making N30 million monthly since October 2020 by copying Wizkid's music on Apple Music & Amazon.

He released an album and named it Lasgidi Made, then copied the names of Wizkid's songs & albums. Now he is getting a huge chunk of Wizkid's streams. pic.twitter.com/0KqgDe1oq6

That Wisekid guy uploaded a picture showing he had 9.3M plays on Wizkid’s sweat and captioned it “ON GOD”. I call that the Hushpuppi syndrome. Like you know you stole someone’s music and was making money off his sweat, why don’t you do it quietly. You still went to Flaunt it. Ode

Baba copies everything Wizkid including the presence of the female telling him things.

Also, see his handle. “wisekidaya”, a copycat of “wizkidayo”. He’s intentional about this thing. pic.twitter.com/eBkbBqJKfZ

In the past 4 weeks Wisekid got 1200 sales & 9M Streams off MIL illegal streams on Apple Music alone. Imagine the amount of streams he would have garnered on other platforms since Made in Lagos dropped in October & It’s not even summer yet. That’s to let you know how huge MIL is.

Omo I pity that wisekid guy o. By the time Sony is done with him. He’d regret ever doing that kind of thing. Copyright Infringement and Impersonation. Sony wey no get joy😂

WiseKid failed one cardinal rule, that's why he was caught: Don't talk while eating.

Because I don't know what level of village people syndrome will make a man who has struck illegal gold, to publicly announce his numbers on social media.

Wisekid uplaoded Made In Lagos album with rearranged tracklist and another title to deceive streaming platforms algorithms.

The crimes committed by Wisekid

Report Wisekid for fraud on Amazon, Apple Music, Spotify and other streaming platforms! He is stealing N30 million from Wizkid by fraudulently copying his songs and albums!

You’re making money off someone else’s hard work and you still get mind post am for Twitter. Wisekid is not that wise after all 😩

That Wisekid guy is evil. What he is doing is very stupid and cruel. How could he be stealing N30 million monthly off Wizkid's music by copying his lyrics and names of his albums & songs.

He has made N30 million monthly by copying Wizkid's music since October.

KanyiDaily recalls that American rapper, 6lack had claimed that Wizkid’s “Made In Lagos” was the best album of any genre released during the covid-19 pandemic. 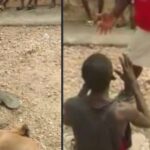