Ebonyi State Governor, David Umahi has called for immediate investigation into the death of Chief Of Army Staff, Lieutenant-General Ibrahim Attahiru and ten other military officers who lost their lives in a plane crash in Kaduna. 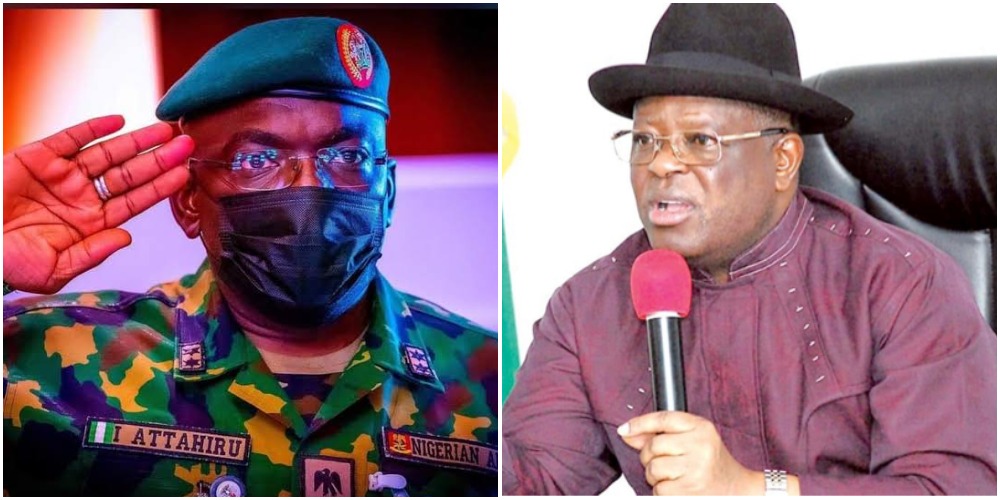 KanyiDaily had reported how Attahiru died along 10 other military officers in a plane crash while on an official trip to Kaduna on Friday, May 21, 2021.

In his condolence message to President Muhammadu Buhari on Saturday, Governor Umahi described the incident as a “national disaster” and a “colossal loss” that should be investigated immediately.

“We are saddened by the unhealthy news of the air crash leading to the death of the Chief of Army Staff and other crew members onboard on Friday.

“The development is not only shocking but also a national disaster of monumental and colossal loss.

“I call on Nigerians to pray for the repose of the souls of the gallant members of the Armed Forces, who have died while on duty,” Mr Umahi said.

Meanwhile, the funeral of Gen Attahiru and six other senior officers who lost their lives in the Kaduna air mishap have been held at the National Mosque in Abuja.