It was gathered that those onboard the aircraft were “disembarked safely” when one of the plane’s tyres blew off around 9:30am on Friday morning upon landing in Ilorin from Abuja.

The plane was said to have landed with a bang, which affected the cabin with luggage falling on passengers, but no one was reportedly injured during the incident and no life was lost.

The impact of the crash has forced authorities of the airport to close the runway of the airport for 24hours and cancel all flights until the evacuation of the plane.

The spokesperson for Air Peace, Stanley Olise, who confirmed the incident to The PUNCH on Saturday, said that “as we speak, the tyre has been fixed and the aircraft has been moved from the runway.”

In a statement on Saturday, the airline debunked reports that its plane crashed at the airport, adding that its officials reported the incident to the authorities as statutorily required.

“Our aircraft neither crashed nor crash-landed in Ilorin or in any place for that matter,” the statement partly read, adding that “Air Peace is committed to providing peaceful connectivity across cities and relentlessly observes the highest standards of safety in its operations.”

The Accident Investigation Bureau (AIB), the investigating body in charge of all aviation-related accidents and incidents in Nigeria, also confirmed that the incident occurred but said there was no plane crash.

A spokesperson for the AIB, Tunji Oketumbi explained that the aircraft had a burst tyre on landing, noting that investigators evaluated the incident and won’t be investigating it.

“Yes. It happened yesterday. AIB Safety investigators did an evaluation of the occurrence and decided not to investigate. The aeroplane has been released to the operator (Airpeace),” Oketumbi said.

“The delay in opening the airport is down to the recovery of the aeroplane from the runway by FAAN (Federal Airports Authority of Nigeria) and Airpeace. The aeroplane had a burst tyre on landing.”

KanyiDaily had also reported how a young man was arrested after he was caught trying to hide in the wheel of a moving Air Peace plane at Lagos Airport. 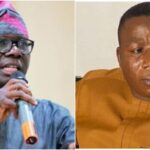 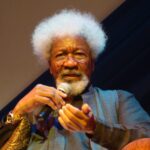