A video has emerged online showing the moment a bride refused to kiss her groom in the presence of friends and family on their traditional wedding day. 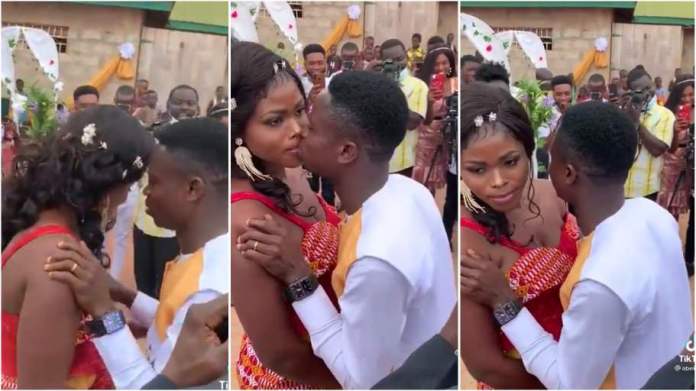 In the viral video, the newly wedded groom could be seen chasing his grim-faced bride with a kiss but the lady refused, leaving him embarrassed.

After several unsuccessful attempts, the groom managed to rub his lips against the mouth of his new bride, who appears to be too shy due to the weak smile she wore on her face.

The video has triggered a lot of reactions on social media with many people criticizing the bride for denying her groom one of the most anticipated events at a wedding party where the husband gets to kiss his wife.

KanyiDaily had also reported how a Nigerian couple went viral on social media after the groom refused to dance with his bride who was looking sad at their wedding reception. 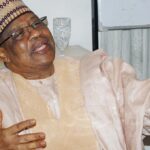 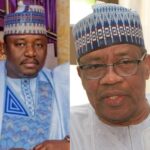