A Twitter user identified as Achalugo has shared a story of how a Nigerian lady slept with 300 men in five months to acquire a Lexus RS 2019 and an iPhone.

Achalugo, who eavesdropped on the conversation of the lady in question, said she overheard her discussion with her friend whom she confessed to.

According to her, the lady had targeted 300 men to sleep within five months and she fulfilled it; and that’s what got her the car and phone.

Achalugo said the lady’s friend advised her to reduce the number and go for richer guys, but she declined, saying she wants to stay celibate for the end of this year to regain herself.

“I hate myself for eavesdropping, but this lady told her friend in the lounge that under 5 months she had a Target of 300 men and she fulfilled it; and that’s what got her the Lexus RX 2019 and her iPhone.

“Her friend was now advising her to reduce the number and go for richer guys
Soon I’ll give the gist about the girl that claimed to sleep with over 300 men in the space of 5 months to buy iPhone 12……..For now, let me be observing

“I was in great shock, 300 men, haaaaaaaaaa. She then told her friend that she has agreed to stay celibate for the end of this year to regain herself because she has acquired enough for now. Chimmmmmm, celibate how!!!!!!!”

How A Nigerian Lady Acquired Lexus SUV And iPhone 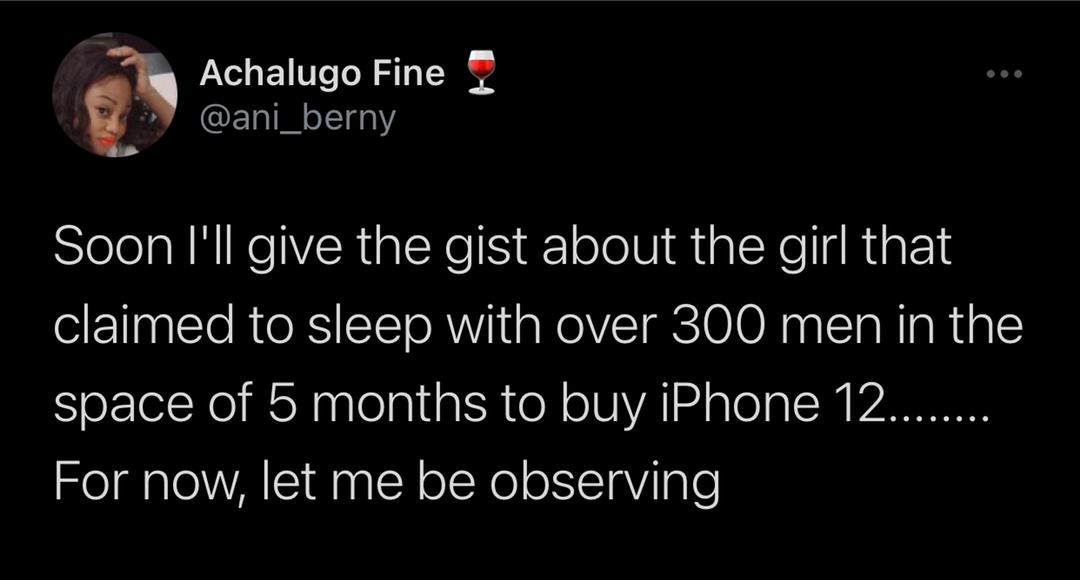 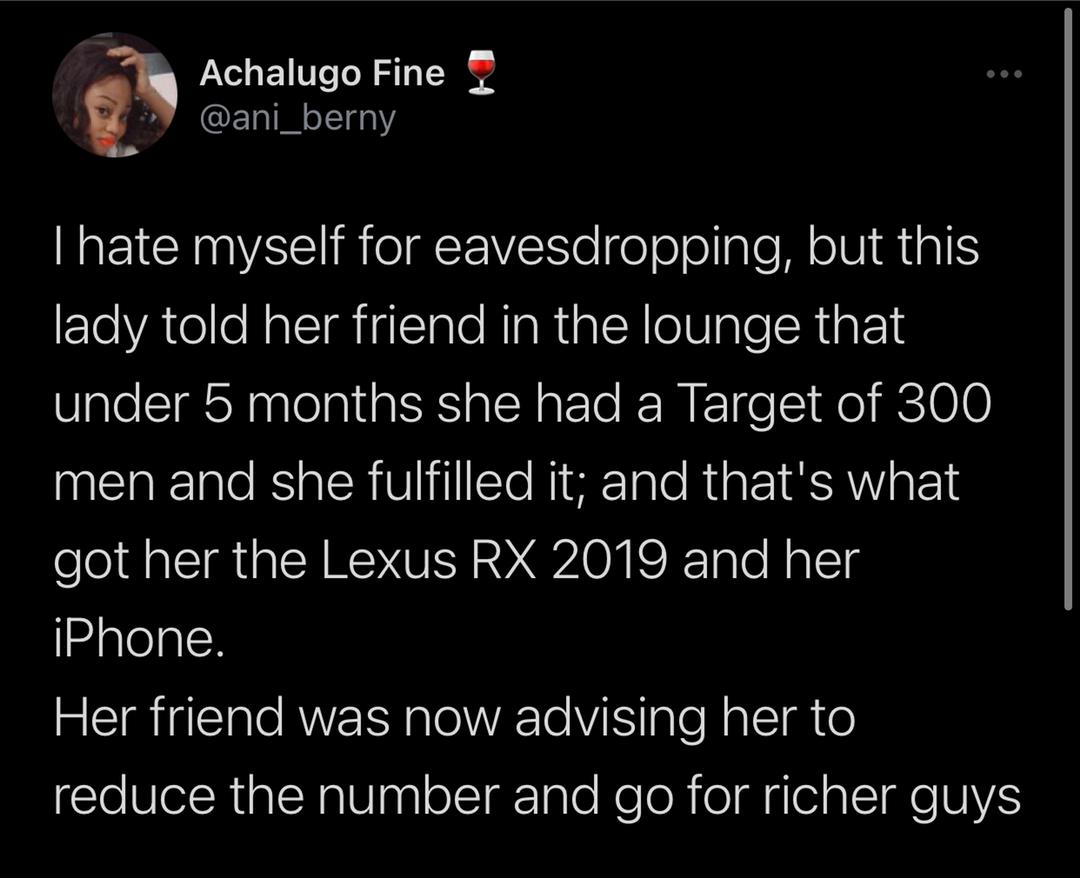 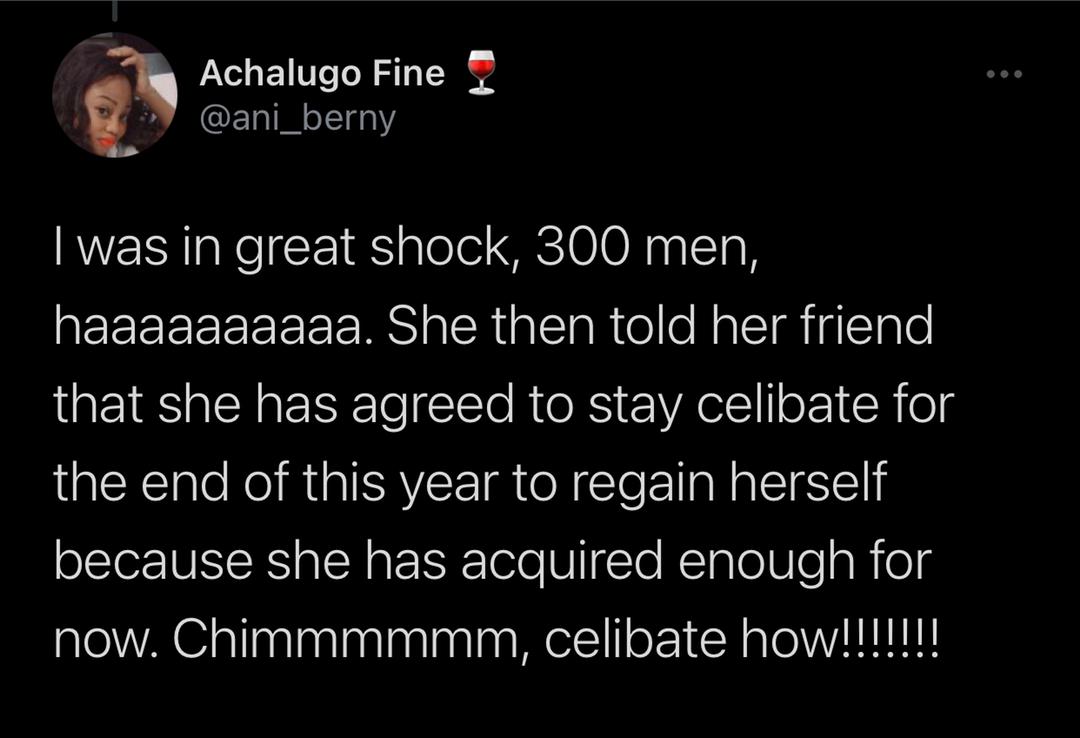 KanyiDaily had also reported how a Nigerian lady went broke after squandering a whopping sum of N59 million she won from Baba Ijebu Lotto within three months. 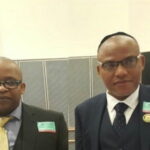 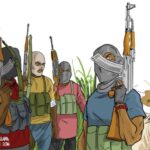