Veteran Nigerian singer, Onyeka Onwenu has opened up on the rumours that she had a secret marriage with former President Olusegun Obasanjo. 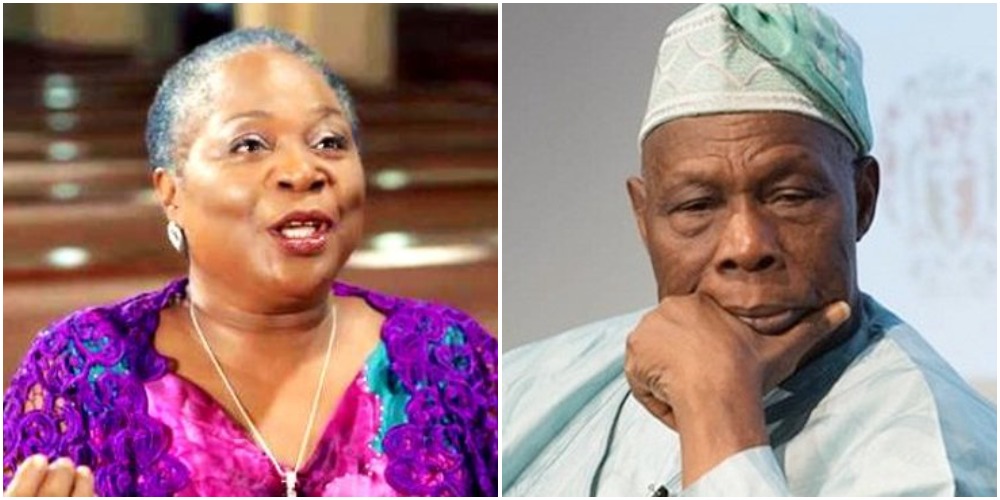 During an interview with media personality, Chude Jideonwo, on #WithChude, the singer denied the accusations that she slept with Obasanjo and had a secret marriage with the former President.

“I was accused of sleeping with Sunny Ade, Fela and Obasanjo. They even went to the extent of saying I got married to Obasanjo secretly.

“If he approached me to marry him, why would I keep it a secret? We would have made it public, so that was funny,” she added.

Onwenu also revealed how late legendary Afrobeat musician, Fela Anikulapo Kuti sent her a marriage proposal in the eighties and she turned him down.

READ:  Gabrielle Union And Dwayne Wade Welcome Their First Child Together Through Surrogate

“Fela is a trickster. He knew I’d say no,” she said of Fela’s marriage proposal. “I think it was his way of thanking me for coming out in support of him when he was jailed.”

She added that her marriage to her ex-husband would have almost killed her if not for her brother who saved her.

“I don’t like talking about it but because you raised it and because I’d written about it, I have to expatiate.”

“The marriage was incredible, but sometimes, when things happen to people, they change. My husband, I pray for him on a daily basis…”

KanyiDaily had reported how Obasanjo was accused of flogging his relative’s wife with a horsewhip (Koboko) for an alleged ‘theft’ of N160 million.