Suspected herdsmen have posted their photos on the Facebook wall of a woman identified as Mrs. Deborah Mbi after allegedly stealing her phone in Adamawa State.

On Tuesday, Deborah’s friends were left in shock after they discovered that her Facebook page has been flooded with photos of some herdsmen she claims attacked and robbed her of her phone on her farm in 2020.

The herdsmen posted pictures of themselves on her Facebook wall with one of the pictures showing cattle in the background, without bothering to open their own account with the phone they allegedly stole.

When some of her friends started expressing surprise over the strange pictures on Mbi’s Facebook wall, she took to the comment section and narrated that she was robbed on her farm by the young men who were “not smart enough to open their Facebook account”.

“Don’t mind the idiots! They forcefully collected my phone last year and are not smart enough to open their own Facebook account. Though l think they are daring me. The Fulani man thinks he owns this country and can do anything. Thieves,” she said.

Mbi, a civil servant whose profile says she finished from Adamawa State University, did not specify if she reported the incident to the police or why she did not report if that was not done. 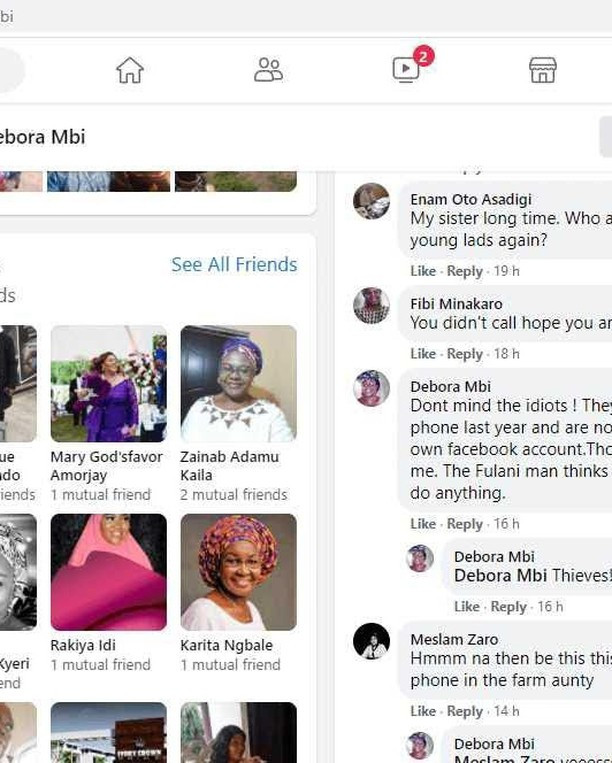 KanyiDaily had also reported how two fleeing herdsmen were arrested after their cow killed a two-month-old baby and injured the mother in Delta State. 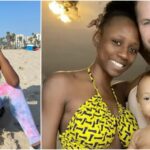 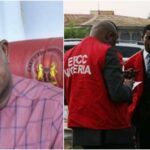