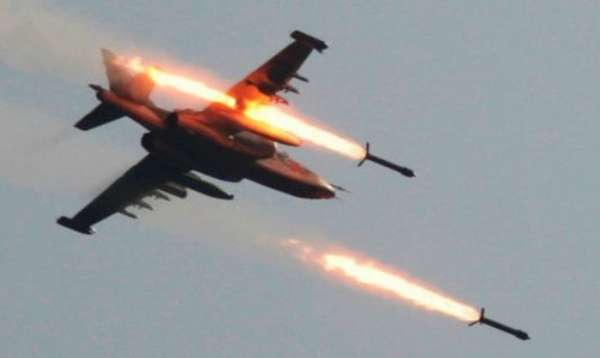 It was gathered that the NAF jet bombarded Buhari community in the early hours of Wednesday when the villagers were preparing to go to the weekly market in Geidam, a neighbouring local government, 200 km from Damaturu.

PUNCH quoted a resident of Damaturu, Saleh Ibrahim, saying that many villagers who sustained injuries during the airstrikes are now receiving medical attention at a government health facility in Geidam.

“The villagers were already set to go to the market at Geidam early in the morning when, suddenly, the jet appeared from nowhere and started shelling the village.

“Instantly, three people died. The sound of gunshots scared the villagers and they ran for safety, but others sustained injuries as a result.

“Some of the injured were attempting to tend to the dead people when they also got hit by bullets from the jet.

“As of 5 pm on Wednesday, the number of dead people had risen to nine, while over 30 people sustained injuries and are receiving treatment at Geidam General Hospital.

In a statement on Wednesday, the NAF spokesman, Air Commodore Edward Gabkwet, denied reports linking one of its fighter jets to the bombing.

The acting spokesman of the Nigerian Army, Sector 2 Operation Hadin Kai in Damaturu, Lt. Kennedy Anyanwu, said that they were “yet to receive any situation report about the incident.”

Another Air Force officer who spoke on the condition of anonymity revealed that the Nigerian Air Force has commenced investigation on the incident.

“The NAF is conducting an investigation on the alleged airstrike on ISWAP’s location which killed some residents and left many, including women and children injured in Garin, Buhari in Yunusari Local Government area of Yobe State,” the officer noted.

The source stated further that though he is aware the military has successfully bombarded locations suspected to be harbouring the terrorists recently in that axis, he cannot ascertain if any civilian population was affected in the cause of the operation.

KanyiDaily had also reported how another fighter jet belonging to the Nigerian Air Force (NAF) ‘mistakenly’ bombed and killed at least 17 people in Borno State.

READ:  Three Women Freed In London After Being Held Captive For 30 Years