A teenager, Oghenemaro Eriana was stabbed to death for picking money sprayed at a wedding reception. A bouncer identified as Francis Utuedor has been arrested for allegedly killing a teenager, Oghenemaro Eriana, at a wedding reception in Mofor, Udu council area of Delta State.

It was gathered that Utuedor stabbed Eriana to death while he was trying to pick up money sprayed on the couple during the wedding ceremony on Saturday at the popular Wetland Hotel in the area.

The Nations learnt that the teenager attended the wedding with his mother who was already bereaved following the loss of her older son two months ago.

The groom is said to be a neighbour of the family of the deceased.

When contacted, the spokesman of Delta State Police Command, DSP Bright Edafe, confirmed the arrest of the suspect, saying: “It happened at Wetland Hotel. The suspect is in our custody”.

KanyiDaily had also reported how an 18-year-old boy allegedly stabbed a prostitute to death after she demanded money as payment for her services in Ogun State. 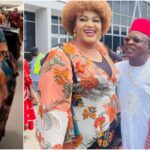 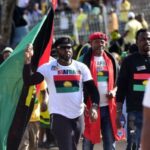