Gunmen suspected to be bandits have killed seven police officers along the Tofa-Magami road in Gusau Local Government Area of Zamfara State. 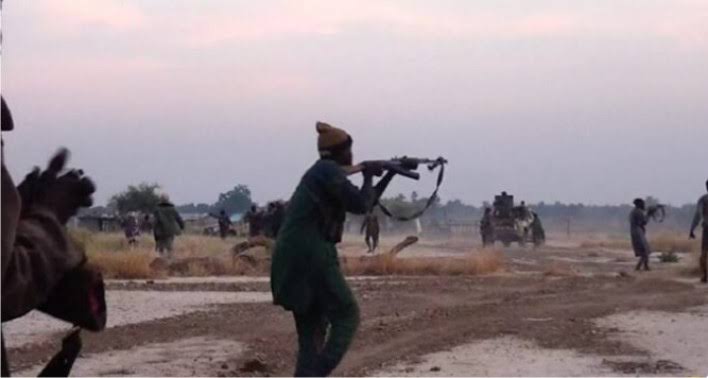 It was gathered that the bandits ambushed the police operatives around 6:00 pm on Monday, killing seven of them and setting ablaze the operational vehicle.

Eyewitnesses said the bandits, numbering about 100, engaged the police operatives in a gun duel and overpowered them due to their large number.

It was learnt that the policemen could not call for re-enforcement due to lack of telecommunication services in communities outside the state capital.

Awwal Ruwandoruwa, the spokesperson of the Yarima Bakura Specialist Hospital in Gusau, confirmed that seven bodies of the slain police operatives were brought to the hospital.

He said, “They brought in the corpses of seven Nigeria policemen to our facility this morning. We have already deposited the corpses into the mortuary. They sustained gun injuries.”

When contacted, the spokesperson of the state police command, SP Mohammed Shehu didn’t respond to the calls to his phone as of the time of this report.

KanyiDaily had also reported how a police officer was killed by bandits who abducted the Emir of Bungudu in Zamfara state, Hassan Attahiru, while traveling along Kaduna – Abuja highway.

Related Topics:BanditsgistGunmenKillKilledMETROmurdermurderedNewspoliceZamfara State
Up Next