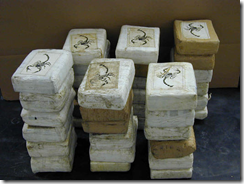 Officials of the National Drug Law Enforcement Agency (NDLEA), operating at the Murtala Muhammed International Airport, Lagos nabbed a drug suspect who packaged cocaine in creamy form. The 9.500kg cocaine, which looks like ice cream was being smuggled into the country in four coolers by an unrepentant suspected drug trafficker and the developments marks its first seizure of creamy cocaine.

Strangely, the suspect, Martin Ikechukwu, involved in the new wave of cocaine smuggling is currently facing trial over unlawful importation of a kilogramme of cocaine from Brazil in 2010.

The re-arrest of the 50 year old at the Murtala Mohammed International Airport (MMIA), Lagos has generated mixed reactions on the adequacy of the legal framework and justice dispensation in drug control.

According to the anti-narcotic agency, Ikechukwu was caught with 9.500kg of creamy substance that tested positive as cocaine on his way from Sao Paulo, Brazil.

Operatives of the NDLEA detected the drug, following suspicion on the four giant size water coolers. Further examination revealed the parcels of drugs after it was cut open. Four parcels each of creamy cocaine were found to have been industrially strapped round the body of the four coolers. In all a total of 16 parcels weighing 9.500kg with an estimated street value of over N90 million were recovered. 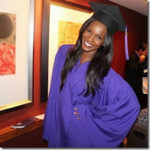