Abba Kyari, the late Chief of Staff to President Muhammadu Buhari, was alleged to have fueled the fight between the Chairman and Chief Executive Officer of Nigerians in Diaspora Commission (NIDCOM), Abike Dabiri-Erewa, and the Minister of Communications, Dr Isa Pantami.

KanyiDaily recalls that Dabiri-Erewa had accused Pantami of sending armed men to chase her and her staffs out of a space in Abuja given to them by the Nigerian Communications Commission (NCC).

According to her, NIDCOM needed an office due to the fact they had none at the moment. But the minister evicted them within two day with the aid of gunmen.

In a swift reaction, Ali Pantami dismissed her claims, saying ”It is a fat lie”. He said he never sent any gunmen to the office.

Dabiri-Erewa and Pantami had been embroiled in an disagreement since February this year after the minister ordered the eviction, until on Sunday last week when their crises escalated on Twitter.

More facts have emerged indicating that Abba Kyrari fueld the ‘fight’ after he failed to forward a letter written by Dabiri-Erewa to President Buhari on the crisis between her agency and Isa Pantami.

In a letter obtained by SaharaReporters dated February 13, 2020 with reference number NIDC/CM/001/20/1 and addressed to the President through the Chief of Staff, Kyari, Dabiri-Erewa explained how the minister forcefully ejected NIDCOM staffs from the 5th floor of the Nigeria Communication Commission Annex Complex in Jabi, Abuja.

It was learnt that the letter never got to President Buhari’s desk, leaving the minister to continue to wield raw power on the issue.

A senior official of NIDCOM, who confirmed this to SaharaReporters, also revealed that Secretary to the Government of Federation, Inspector-General of Police, Director-General of the Department of State Services, and Minister of Foreign Affairs, who were all copied in the letter could not also do anything to handle the situation.

The letter to President Buhari reads:

“I write Your Excellency to bring to your urgent attention the forceful takeover and ejection of the Nigerians in Diaspora Commission from its office at the 5th floor of the NCC Annex Complex in Jabi, Abuja. This is at the instance and directive of the Hon Minister of Communications, Dr Isa Pantami.

“Your Excellency, I write to bring this ugly situation to your notice and for your urgent attention and do request your quick intervention in resolving this.” 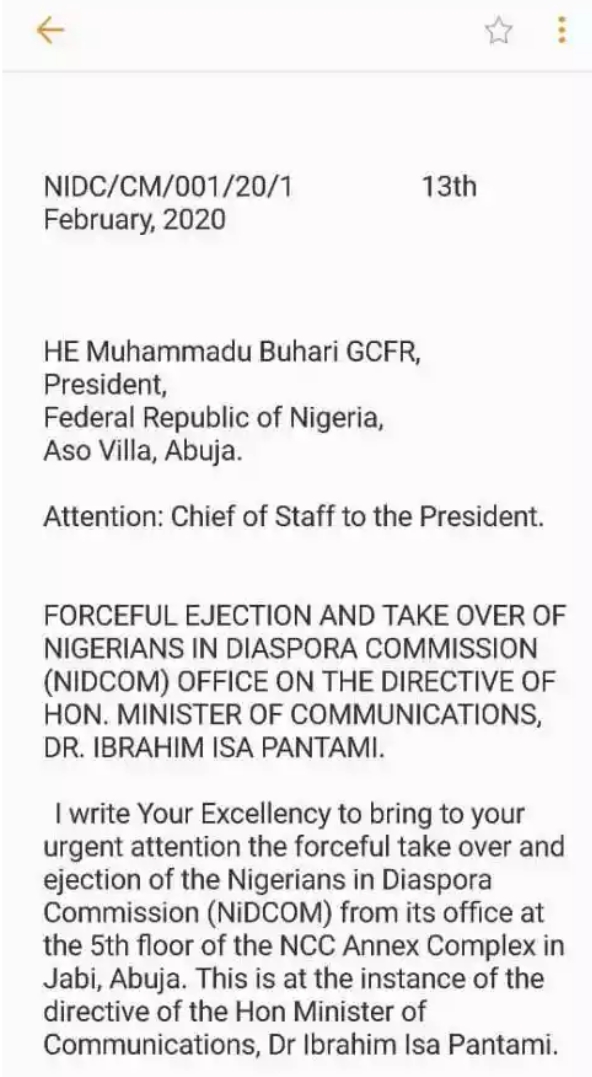 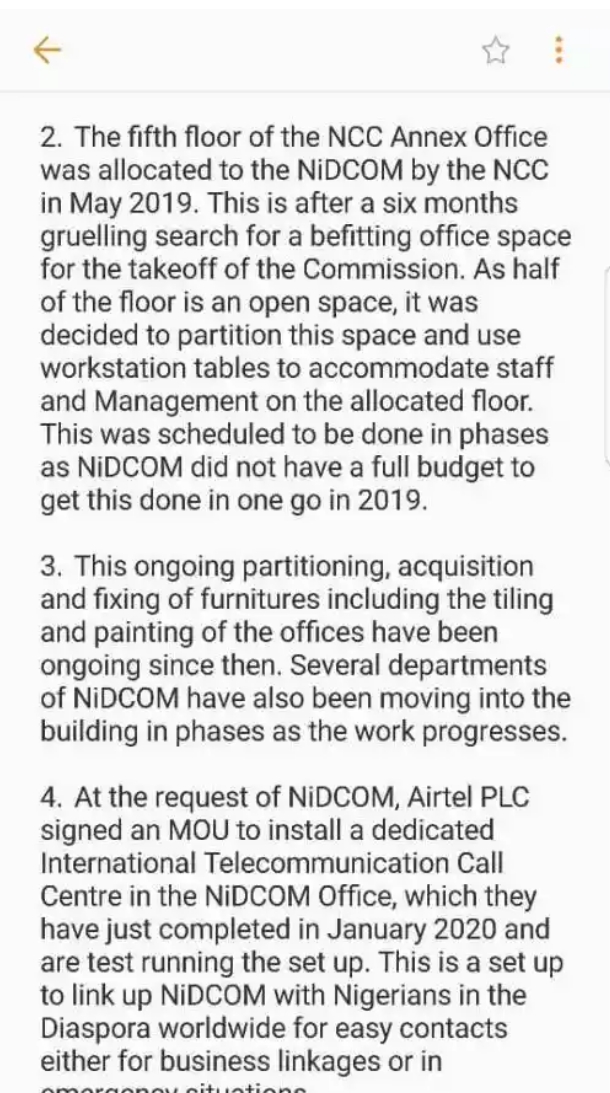 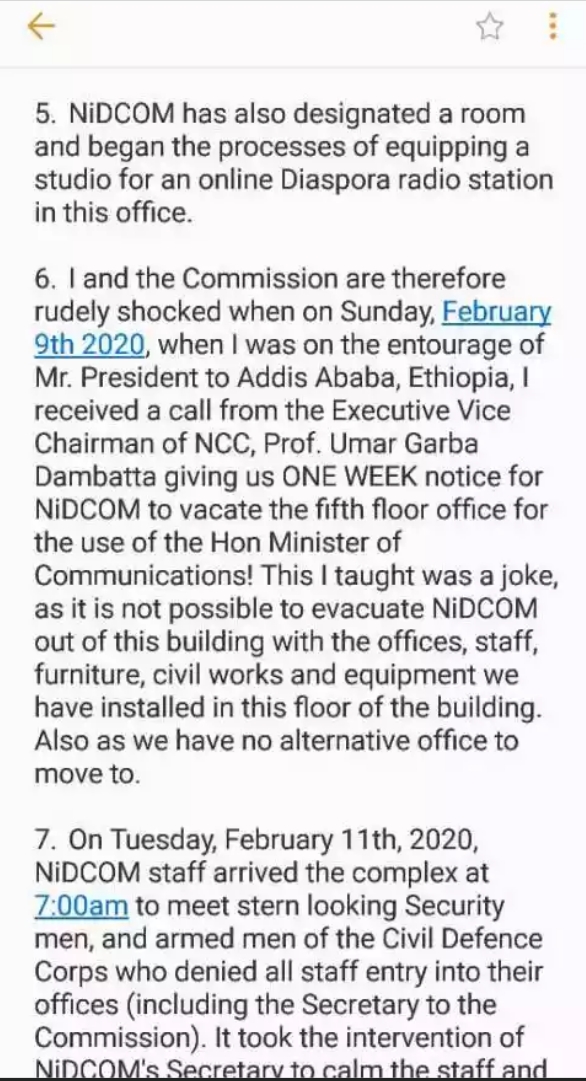 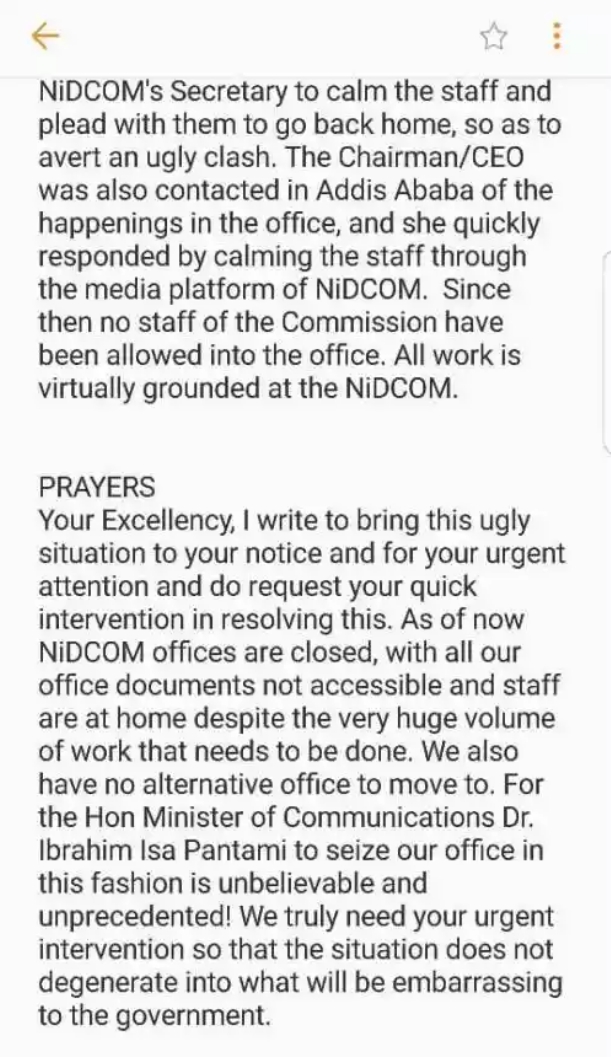 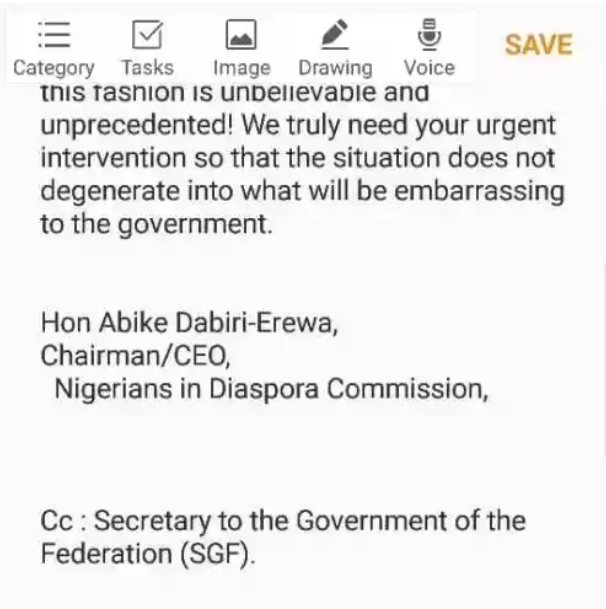 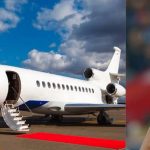 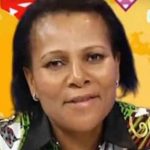