The Senior Staff Association of Nigerian Universities (SSANU) has called on the Federal Government to approve licenses for security outfits in all institutions of learning to bear firearms in order to adequately checkmate these security threats and criminal incursions. 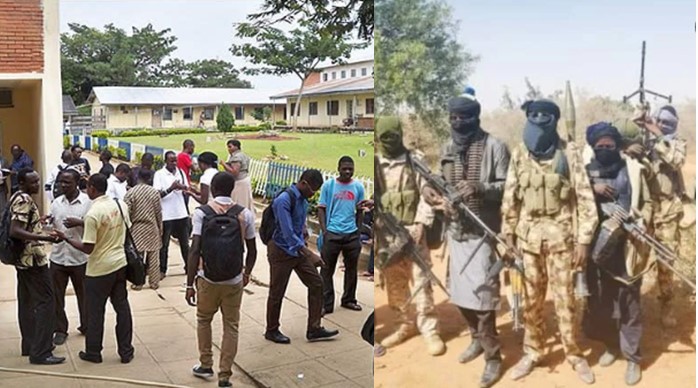 SSANU made the call in a communique signed by its National President, Comrade Mohammed Ibrahim, after its 40th National Executive Council (NEC) meeting at the Nasarawa State University, Keffi.

Commenting on the state of the nation and the growing insecurity in the country, SSANU said it was an incontrovertible fact that major facets of the nation were in deplorable states making Nigeria the “giant of Africa” a laughing stock in the comity of Nations.

The association condemned the incessant abductions and killings of students and staff of secondary and tertiary institutions by bandits, especially in the Northern part of the country.

The communique partly reads: “Every well-meaning Nigerian should be concerned about the state of our dear Nation Nigeria, a country blessed with natural and human resources which is now a shadow of herself, ravaged and grappling with insecurity, kidnapping, banditry, rape, killings and monstrous corruption.

“NEC in session condemns in strong terms, the absurd and unabated increase in insecurity across the country, especially the incessant abductions/demand for ransom and killings of students and staff of secondary and tertiary institutions by bandits, especially in the Northern part of the country.

“The recent invasion of the Nigerian Defence Academy Kaduna was a National embarrassment and disgrace, indicating a total collapse of the security architecture of the country.

“This dangerous dimension has forced several states to shut down schools in violence-prone areas. This will no doubt, add to the over 13.5millions out of school children in Nigeria today.

“From all indications, this is a great threat to the educational system, bearing in mind that the economic growth of any nation directly depends on the level of her educational standard and stability

“NEC therefore calls on the Federal Government to urgently stem this ugly tide by vigorously strengthening the security agencies to ensure effective tackling of this monstrous menace.

READ:  "The Evil You Do Is What Brought This Coronavirus" - Shekau Attacks Buhari Over Lockdown

“Furthermore, relevant enforceable laws should be enacted to curb this savagery. NEC also strongly canvasses for Government’s approval of licenses for security outfits in all institutions of learning to bear firearms in order to adequately checkmate these security threats and criminal incursions.

“The state of Nigerian roads can best be described as death traps. A situation where Nigerians spend an entire day travelling on deplorable roads for a supposed three-hour journey is totally unacceptable given the natural resources the country is endowed with.

“Hoodlums capitalize on the failed portions of the road to lay ambush on unsuspecting travellers to rob, kidnap and even kill.

“NEC in session therefore calls on the Federal Government to take urgent steps in ensuring that our high-ways are motorable in order to reduce the hardship and risks of the teaming citizenry who ply these roads.”

KanyiDaily recalls that yesterday gunmen invaded a secondary school in Imo when the students were preparing to begin their JSCCE Examination and forcibly dispersed them.