Pope Francis has asked President Muhammadu Buhari to stop the incessant killings of all Nigerian citizens.

The Catholic Pontiff, Pope Francis has called on President Muhammadu Buhari to find a lasting solution to the insecurity and incessant killings in Nigeria.

Pope Francis made this call while reacting to the recent attacks at Madamai and Abun communities in Kaura LGA of Kaduna State, where bandits killed 34 residents and injured eight people.

Speaking at Wednesday’s general audience at the Vatican City, the Pope prayed for all those who have been killed and injured as a result of the insecurity in Nigeria, adding that he hoped the safety of citizens will be guaranteed.

“I learnt with pain the news of the armed attacks that took place last Sunday against the villages of Madamai Abun in Northern Nigeria,” he said.

“I pray for those who have died, for the injured and for the entire Nigerian population. I hope that the country always guarantees the safety of all its citizens.”

Pope Francis, therefore, urged the Nigerian government to provide adequate security for Nigerians in every part of the country.

KanyiDaily recalls that Pope Francis had also condemned the gruesome murder of 43 rice farmers by Boko Haram terrorists in the Jere LGA of Borno State. 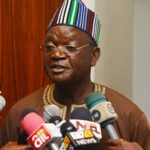 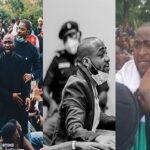