Former Brother Naija housemate, Angel Smith, and her mother, Titi has mocked her colleague, Maria Chike Benjamin, who was accused of husband snatching. 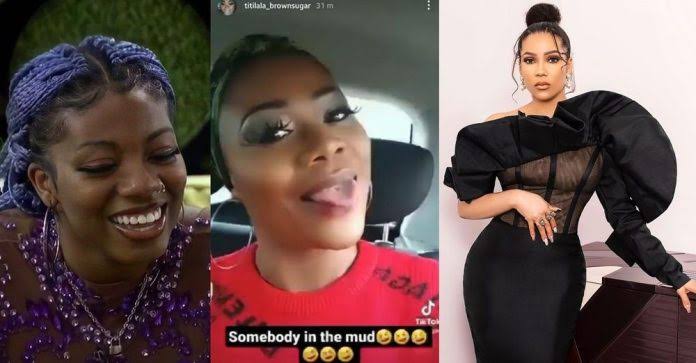 During the BBNaija TV show, Maria and Angel always quarrel with each other and they had friction owing to how Angel flirted with men, a behaviour Maria did not think was acceptable.

Angel And Her Mum Mocks Maria

Angel’s mum, Titi also shared a video where she was seen mimicking an the conversation between an unapologetic woman with the wife of the man she’s sleeping with.

Meanwhile, Ubi Franklin has reacted to the allegation, saying that any man who gives his side chick the balls to call and threaten his wife is a fool.