Nnadi Kingsley, the husband of late comedienne, Mercy Mmesoma Obi, popular known as Ada Jesus, has opened up about the death of his 24-year-old wife. 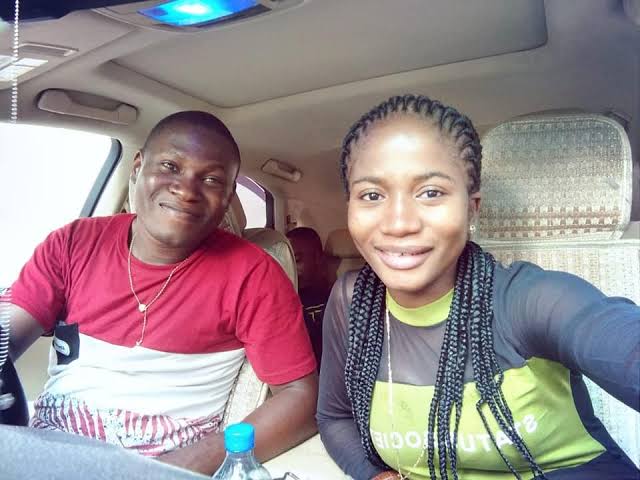 KanyiDaily had reported how Ada Jesus died on Wednesday at an Abuja-based hospital after a protracted battle with kidney disease for about a year.

During an interview with Punch, Kingsley said he initially had high hopes that his wife would recover from her ailment because of assurances he got from the doctor and a pastor who prayed for her.

“My wife was someone I loved so much. It is so heartbreaking and sad that she has died. I was with her at the hospital when she gave up the ghost. I was staring at her till she gave up. I never thought she would die at such a young age,” he said.

“Even when she gave up in my presence, I still had hopes that she would come back to life. I and Mr Harrison Gwamnishu were present at the hospital and none of us thought she would eventually die. I had so much hope that she would live and the doctors also raised our hopes as a family.

“On her birthday, April 19, she did not even make any wish. We were just happy that she was a year older. She also did not say any strange words that might have suggested she knew she would die soon. She thought she would recover. A pastor I knew through a friend came to pray for her at the hospital and when she asked him if she would recover, he responded in the affirmative. Everyone around tried their best for her. Money was not the issue.”

READ:  Bobrisky Wants To Sleep With Me Before Helping My Sick Grandmother - Nigerian Man [Video]

The 28-year-old said the demise of the comedienne — barely days after they marked their second wedding anniversary — has made things difficult for the family.

“On April 5, our marriage was two years old. On the day she died, she asked me to bring her food, but after a while, she started shouting. I asked her what the problem was and she said I should call the doctors,” he added.

“After she received the injection, they said that her breathing was very bad. Her parents and my family members are still shocked at the sad news.

“Things have not been easy or the same since Ada died. I really loved her style of comedy, which made me so happy. She is survived by two daughters, one is for me and the other is for another man. My daughter is a year and four months old now while my stepdaughter is seven years old.”

Before her death, Ada Jesus had claimed that Anambra-based prophet, Chukwuemeka Odumeje, connived with actress, Rita Edochie, to stage fake miracles. She further alleged that she helped Edochie get men to sleep with her.

Reacting to the issue, Kingsley said that when his wife took ill, he reached out to Rita Edochie and Odumeje to apologise over Ada’s allegation against the pair.

“I had met with Prophet Odumeje and Rita Edochie to ask for their forgiveness after what my wife said about them went viral. Odumeje was angry at first, so I asked her family to take her to the church to further plead for his forgiveness,” he said.

“Afterwards, people told me that Rita Edochie posted a video saying that she had forgiven her but I have not watched it till now. The two of them have not contacted me since she died. But some of her fans had reached out to me.”

Meanwhile, Rita Edochie has broken her silence after angry Nigerians stormed her social media pages to rain curses on her for allegedly being behind the death of Ada Jesus.