Dethroned emir of Kano, Sanusi Lamido has called on the National Assembly to impeach President Muhammadu Buhari for spending millions of dollars on fuel subsidies. 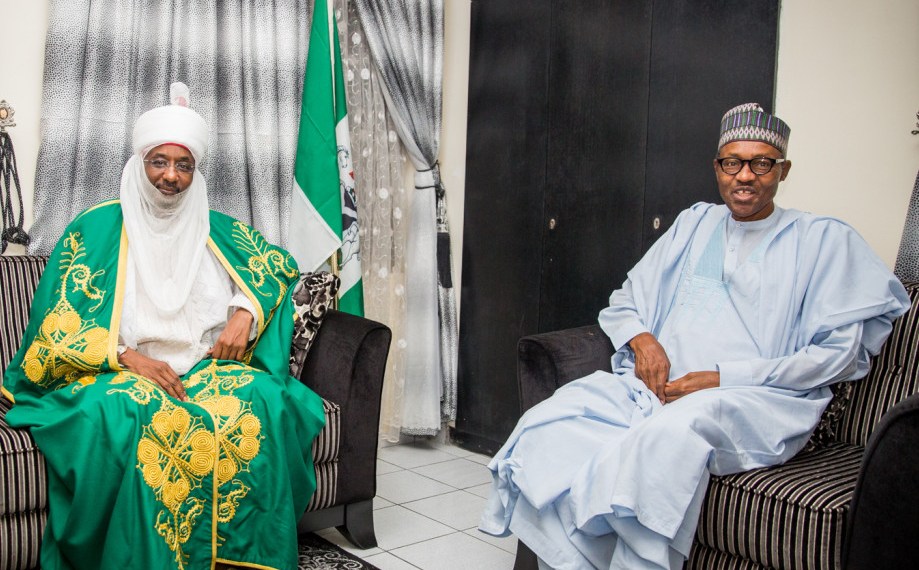 Sanusi, who is the former governor of the Central Bank of Nigeria (CBN), made this call while speaking virtually as a panelist on Sustainable Development Goals (SDGs) at the just concluded Nigerian Economic Summit held in Abuja.

According to him, the constitution allows President Buhari to be impeached for paying millions of dollars on fuel subsidies without the approval of the National Assembly.

The former emir challenged the Buhari administration to be courageous enough to take the right decisions, saying that the current populist approach was hurting the nation.

Sanusi Reveals Why Buhari Should Be Impeached

“We are pursuing a populist policy: we want to have cheap fuel, cheap electricity, a strong Naira. That is populism. At the end of the day, what price are we paying by taking money out of education in order to subsidise petroleum products?” he said.

“This money coming from petrol belongs to the federation account, and the federal government doesn’t have the constitutional right to pay subsidy on behalf of the federation.

READ:  24-Year-Old Lady Commits Suicide After Boyfriend Dumped Her And Impregnated Another Woman

“So it is a fundamental constitutional issue because this is money that should go to the federal, states and local governments. Yet money that belongs to the federation is carried out as federal government expenditure. So, there are so many complex issues, legal and economic issues. We need to stop these issues” he said.

“I have said this before even as a CBN Governor under the previous government. What I say is not of a particular government. Take petroleum subsidy. In 2015 or 2016, Minister Ibe Kachukwu said Nigerian was importing 30 million litres of PMS per day after eliminating corruption.

“In 2019, the NNPC said we are importing 59 million litres per day after oil prices have gone up. And I have been asking the question, what happened between 2015 and 2019 that our oil consumption has almost double?”

Sanusi noted that “this is what also happened under the previous government. When oil prices go up, NNPC said they are importing more because of the arbitrage. Thus, when the oil prices go high, there is an incentive to inflate the number.”

Meanwhile, President Buhari has launched eNiara, saying that the digital currency can increase Nigeria’s Gross Domestic Product (GDP) by 29 billion dollars over the next 10 years.

Sheikh Gumi Is A Venomous Snake, Worst Than Shekau And Al-Barnawi – Fani Kayode