The All Progressives Congress (APC) has called on the Independent National Electoral Commission (INEC) to cancel the ongoing Anambra governorship election. 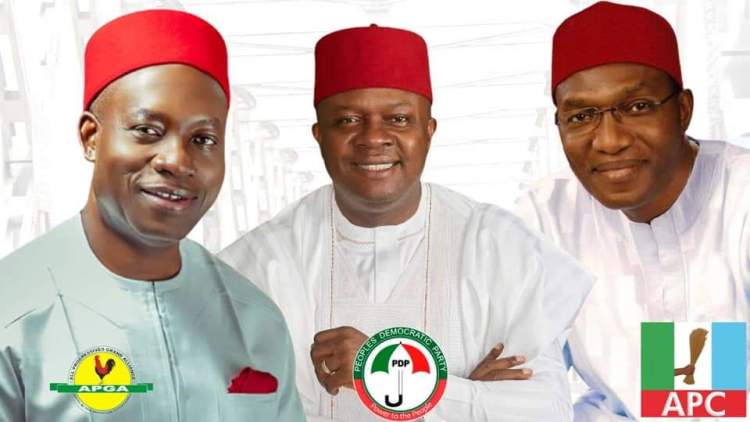 KanyiDaily had earlier reported that after the collation of results from 20 out of 21 local government area on Sunday, Charles Soludo of the All Progressives Grand Alliance (APGA) is currently leading with 103,946 votes.

Soludo is followed by the candidate of the Peoples Democratic Party (PDP), Valentine Ozigbo who got 51,322 votes, while APC’s Andy Uba had 42,942 votes.

Reacting to the development, APC Chairman in Anambra, Chief Basil Ejidike called for the cancelation of the Anambra election, accusing the APGA of rigging the poll, in connivance with “corrupt-minded INEC officials”.

He said, “What is happening in Anambra is never an election, but big time electoral fraud and malpractice. We want the whole world to hear our voice that we will never accept the outcome of the Anambra gubernatorial election.

“The candidate of the All Progressive Grand Alliance and the sitting governor, Willie Obiano, manipulated the whole electoral system and we will stand to resist it.

“Ndi Anambra wants an APC governor and there’s nothing anyone can do to deny them that opportunity. We virtually won in all the local governments, but Willie Obiano and Charles Soludo, through the instrumentality of corrupt INEC officers, subverted the whole process in favour of APGA.

“We want INEC to cancel the election and fix a date for a fresh election devoid of manipulation and malpractices. But if INEC goes ahead to announce the results, we will definitely challenge the election process in the court of law, up to the Supreme Court. Nobody can intimidate us.”

In a swift response, the Chairman of APGA in the state, Nobert Obi, said the accusation of rigging was uncalled for as everyone witnessed a free and fair election.

He said: “I don’t want to talk about the accusation. The accusation is uncalled for as everyone witnessed a free and fair election. I don’t know where they got such information from.”

Meanwhile, the INEC has declared the Anambra governorship election inconclusive due to the technicalities in Ihiala Local Government Area of the state. 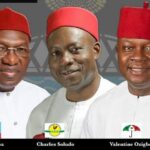 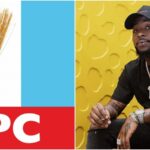