The Independent National Electoral Commission (INEC) has declared the Anambra governorship election inconclusive due to the technicalities in Ihiala Local Government Area of the state. 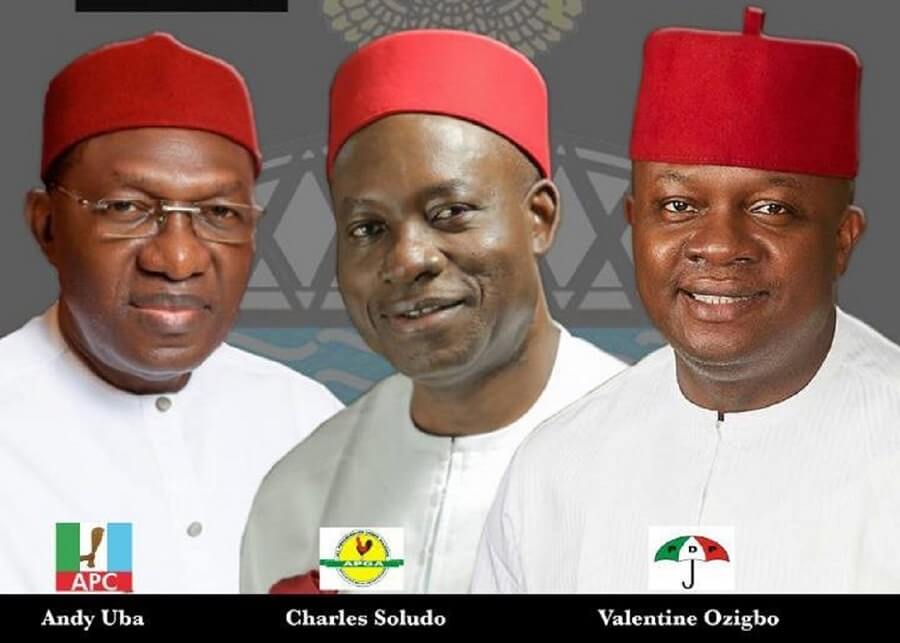 KanyiDaily recalls that the collation officer for Ihiala LGA, Ahmadu Umar had earlier announced that there was no election held in the entire area.

According to him, there were 148,407 registered voters in Ihiala LGA, yet there was no election in the council area on Saturday due to the activities of some politicians who tried to rig the election.

After the collation of results from 20 out of 21 LGAs on Sunday, Charles Soludo of the All Progressives Grand Alliance (APGA) secured 103,946 votes, followed by Valentine Ozigbo of the Peoples Democratic Party (PDP) who got 51,322 votes.

Andy Uba of the All Progressives Congress (APC) had 42,942 votes. But the margin between Soludo and Ozigbo currently stands at 52,624, while Ihiala local government alone has over 148,000 registered voters.

During the collation of results on Sunday, the returning officer in the election, Prof. Florence Obi said the Anambra election winner cannot be declared until the polling units in Ihiala LGA are covered on Tuesday, November 9, 2021.

Obi said: “The outstanding result is for Ihiala LGA, where for various reasons, the commission could not deploy materials yesterday. Consequently, based on constitutional considerations and provisions of the Electoral Act, as well as revised regulations and guidelines for the conduct of election issued by the commission, supplementary election is indicated for Ihiala local government area.

“First, section 179(2) of the constitution provides for a candidate to secure both the highest number of votes cast and 25 percent of the votes cast in at least two-third of the LGAs in the state to be declared the winner of the governorship election. Therefore, it is important to complete the election in Ihiala LGA to make this determination.

“Also, section 179(3) of the constitution provides that a runoff election shall take place if no candidate meets the requirement of subsection 2 of the section. Such a runoff shall be between the candidate with the highest number of votes and one among the remaining candidates who secured a majority of votes in the highest number of LGAs in the state. This further underscores the importance of conducting election in Ihiala LGA so that we shall cover all the LGAs to make the declaration.

“Secondly, section 26 of the Electoral Act envisages the postponement of an election where there is a cogent and verifiable reason to do so, especially threat of breach of the team. One major reason for not deploying for election in Ihiala on Saturday, 6th November, is due to security threats which led to staffing and transportation constraints, among others.

“Finally, clause 47 of the revised regulations and guidelines for the conduct of elections provides that supplementary election shall be conducted when the commission, due to logistical challenges, is unable to deploy on election day.

“Given the foregoing, it becomes imperative to bring Ihiala LGA at par with the other 20 LGAs in this election before we can make a valid declaration or take any further action based on the extant law.

“Therefore, I, professor Florence Banku Obi, in my capacity as returning officer for this election, hereby announce the suspension of the process of collation of results and declaration of a winner until a supplementary election is held in the 326 polling units in Ihiala LGA of the state.”

READ:  One Person Killed As Gunmen Abducts Former US Soldier In Ekiti State

KanyiDaily had also reported how an INEC Official “carted away” 41 results sheets for 89 polling units in Oba 1, Idemili South LGA of Anambra state.