Charles Soludo, the candidate of the All Progressives Grand Alliance (APGA) in the 2021 Anambra governorship election, has secured the majority of the votes cast in the Ihiala supplementary poll that was held on Tuesday. 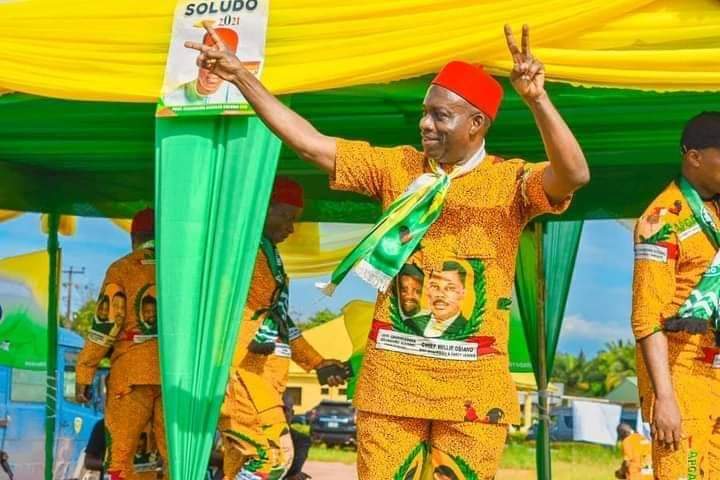 KanyiDaily recalls that after the collation of results from 20 out of 21 LGAs on Sunday, November 8, Soludo was already winning with a large margin in 18 Local Government Areas of the state.

But the Independent National Electoral Commission (INEC) on Sunday declared the Anambra election inconclusive and fixed Tuesday for a supplementary poll in Ihiala LGA.

While presenting the results of the supplementary poll on Wednesday morning, the collation officer, Dr. German Anagbogu of the University of Calabar, announced that Soludo secured 8,283 votes, followed by Valentine Ozigbo of the Peoples Democratic Party (PDP) who got 2,485 votes.

Ifeanyi Ubah of the Young Progressives Party (YPP) and Andy Uba of the All Progressives Congress (APC) trailed a long way behind with 344 and 343 votes, respectively.

Anagbogu noted that there were challenges at two polling units in Orsumoghu and Lilu, where election officials couldn’t enter the communities as a result of “resistance”.

Having secured victory in 19 of the 21 LGAs in the state, INEC is set to declare the APGA candidate winner of the Anambra governorship election at the weekend.

READ:  RCCG Pastor Paid Us N1.5million To Kill Uwa Omozuwa Because She Was Pregnant For Him - Suspect