Nigerian comedian, Chief Echofe has gone viral on social media after a viral photo shows him prostrating in public while proposing to his girlfriend. 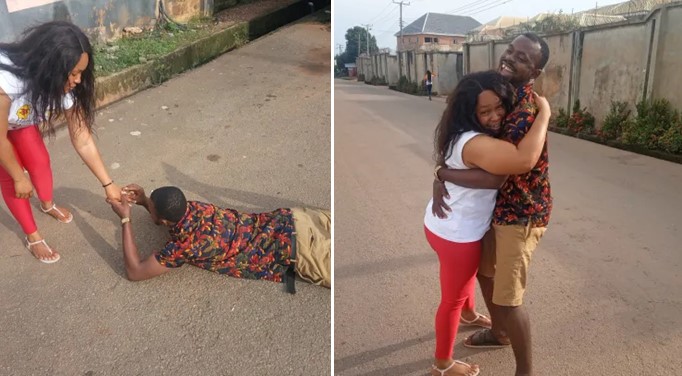 In photos shared on his Facebook page, Echofe could be seen lying down on the ground just to ask his girlfriend to be his wife and she said “yes” to his marriage proposal.

The comedian further told his followers that if he wins the Yorochian Reality TV show, he would use N500K out of the N1M to get his wedding done.

Sharing the photos, he wrote: “She said yes. Once I come back from #TheYorochianRealityTvShow as the Winner by God’s grace, we will use 500k from the 1million and do our wedding. Thank you for accepting me baby.”

READ:  US Election: Kanye West Concedes Defeat After Getting Only 57,000 Votes, Says He'll Run Again In 2024 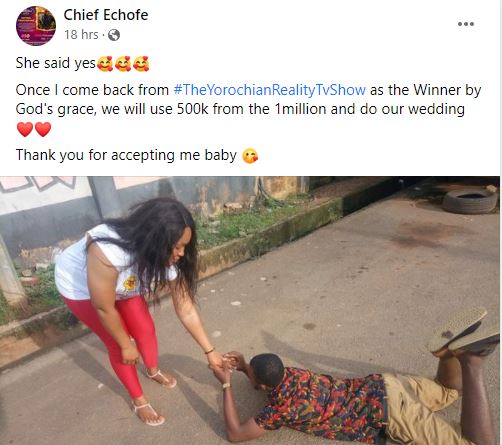 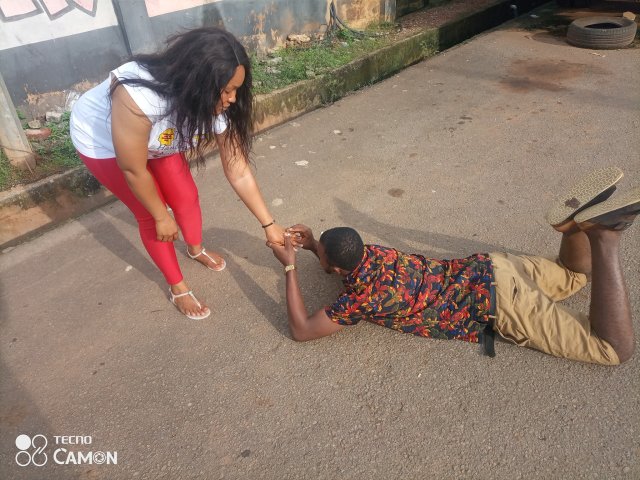 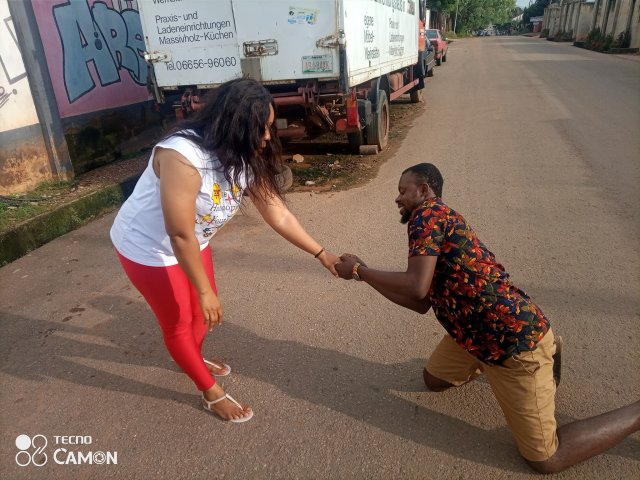 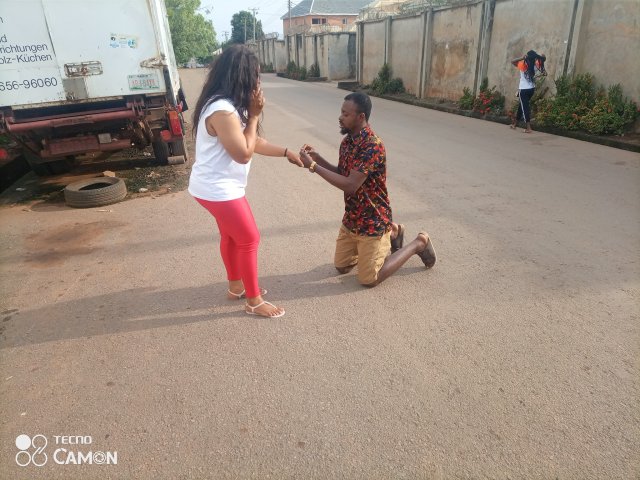 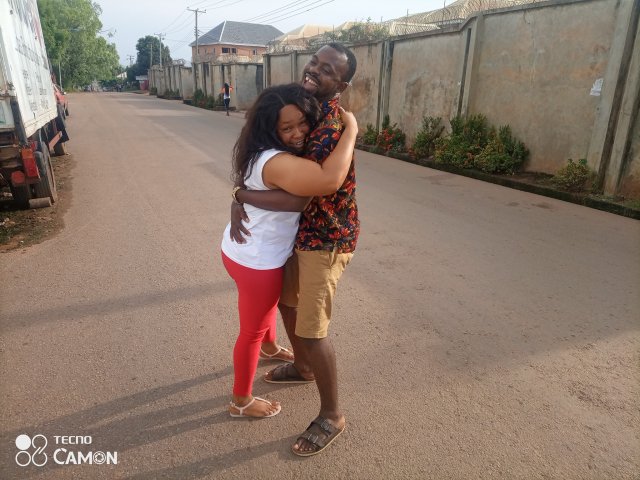 Meanwhile, Nigerian comedian, Gordons has taken to social media to congratulate his mother who recently got married at the age of 72. 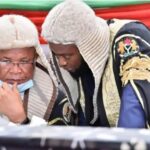 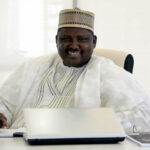