Former Anambra state governor and Presidential hopeful, Peter Obi has revealed why he dumped the Peoples Democratic Party (PDP) ahead of the party’s primary election. 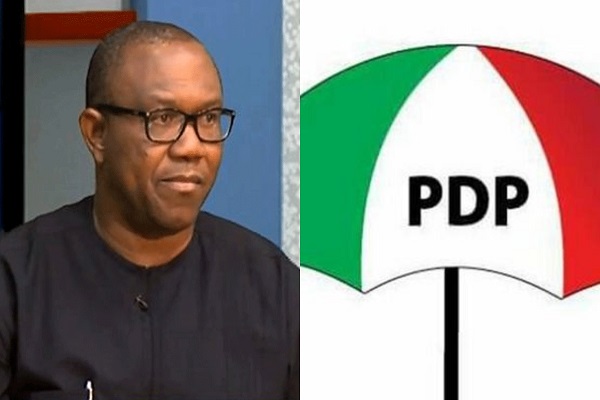 KanyiDaily had earlier reported that the former governor announced his resignation in a letter dated 20, addressed to the National Chairman of the party.

Prior to his resignation on Wednesday, May 25, Obi was seeking the PDP presidential ticket which is the party fixed May 28 and May 29 for its presidential primary.

Obi was initially seen as a front runner in the presidential race that includes Atiku Abubakar, Nyesom Wike, Dele Momodu, Bukola Saraki, and other bigwigs.

However, in his resignation letter dated May 24, 2022, and addressed to the PDP national chairman, Obi said recent developments in the party do not support “constructive contributions”.

The letter reads, “I am writing to intimate you of my resignation from the Peoples Denocratic Party (PDP), which was conveyed to the Chairman of Agulu Ward 2, Anaocha LGA, Anambra, effective Friday 20 May 2022.

“Consequently, I am by this letter informing you of my withdrawal for the PDP Presidential Primaries.

“It has been a great honour to contribute to nation-building efforts through our party. Unfortunately, recent developments within our party make it practically impossible to continue participating and making such constructive contributions.

“Our national challenges are deep-seated and require that we each make profound sacrifices towards rescuing our country. My commitment to rescuing Nigeria remains firm, even if the route differs.

“I wish to thank you personally for your graciousness and leadership. I wish you well and best of luck in the service of country.”

The former governor has, however, not announced if he will join a new party to contest the presidency in the general election.

Peter Obi was Atiku’s running mate in the 2019 general election, but they would run against each other in the 2023 presidential race even though they have both tried to maintain a cordial relationship with each other.