Ebonyi State Governor, David Umahi has accused the Peoples Democratic Party (PDP) of misleading Justice Inyang Ekwo of the Federal High Court in Abuja who removed him and his Deputy, Eric Igwe, from office on Tuesday. 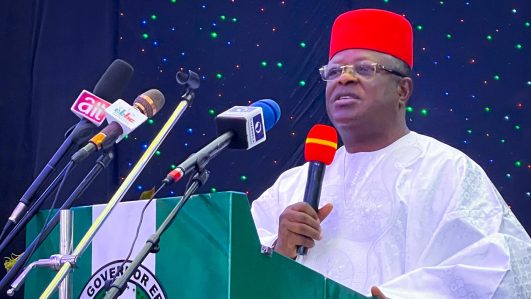 Addressing his supporters on Wednesday, Umahi reiterated that he had no regrets dumping the PDP whom he accused of desperation and bent on distracting his administration.

The governor, who initially accused Justice Ekwo of being a “hatchet man” and implied that the judgment was “purchased”, denied criticizing the judge, adding that the PDP lawyers were to blame.

Umahi, who appealed for calm, assured APC faithful, supporters, and friends of the administration that the judgement sacking him as governor would not stand at the appeal court.

He said, “I have no regrets leaving PDP. The judgement sacking me as your governor will not stand at appeal and I remain the governor as I’m still working.

“I said the lawyers of PDP are the ones doing forum shopping and I’m going to report the lawyers to NBA to discipline them because the judge was misled.

“And I’m using the opportunity to appeal for calm and to let Nigerians know that nobody castigated the judge and we will not.

“We didn’t say we will disobey, otherwise we would have not to appeal, we are before the Appeal Court in Enugu state and that of Abuja.

“We have also filed a stay of execution. So, we are still the governor and deputy governor of Ebonyi,” Umahi added.

The governor said that he has mobilised no fewer than 17 Senior Advocates of Nigeria to Appeal the judgement of the Abuja Federal High Court.

This comes a few hours after Governor David Umahi, and his deputy, Eric Kelechi Igwe approached the Court of Appeal in Abuja to reverse the judgment which sacked them from office. 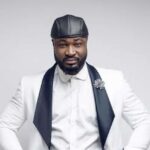 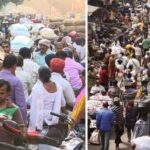