Former senator representing Kaduna Central, Shehu Sani has asked President Muhammadu Buhari to declare bandits as federal civil servants since he refused to do the needful. 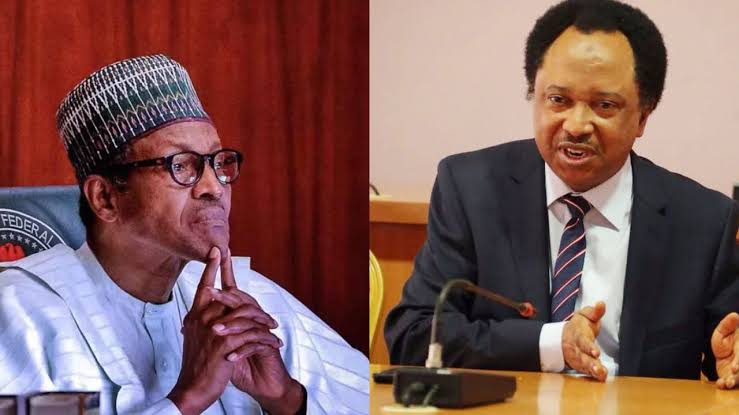 Many Nigerians have been calling on the federal government to declare bandits as terrorists, amid accusations that President Buhari is handling the criminals with “kid gloves”.

However, the federal government has remained adamant to the calls, saying that the need to follow due process is the reason why Buhari hasn’t yet declares bandits as terrorists.

Reacting on his Twitter page, Senator Shehu Sani taunted President Buhari to declare bandits as federal civil servants since it is becoming difficult for his government to pronounce them terrorists.

He wrote: “Yesterday’s attacks on the Baptist Church Kakau Daji, Kaduna state by terrorists, the killing of some worshippers and the abductions of scores of others is tragic and unfortunate. The suspension of the telecom services in the North is useless.

“They killed Muslim worshipers in their mosques in Niger and Katsina state; they killed Christians in their Churches in Kaduna state; if the Government doesn’t want to declare them terrorists, it should declare them federal civil servants.” 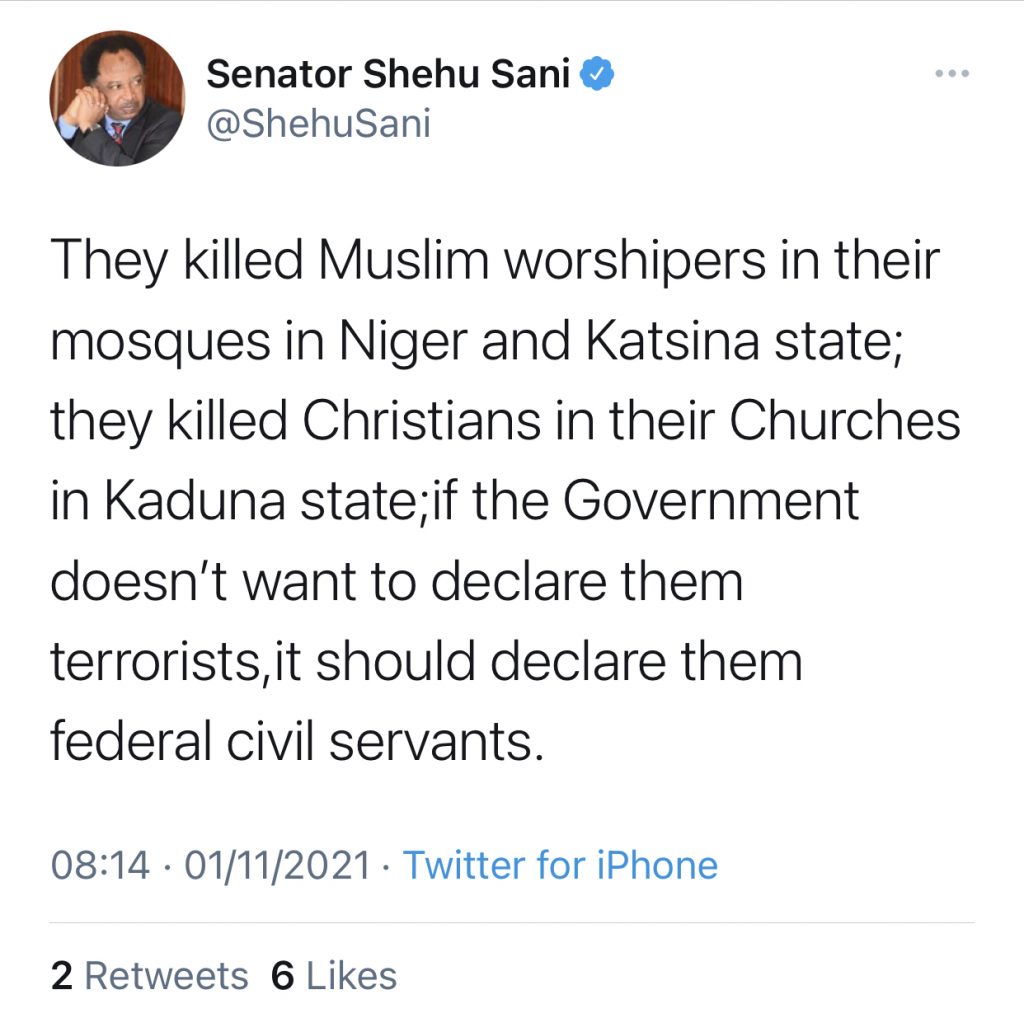 KanyiDaily recalls that Femi Falana had accused President Muhammadu Buhari of “deliberately refusing” to declare bandits as terrorists and prosecute them. 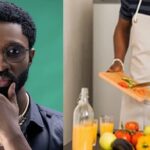 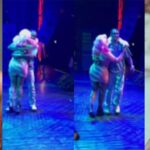