A fake Chief Superintendent of Police, CSP Lawrence Ajodo, who was among those arrested for invading the Abuja residence of Justice Mary Odili of the Supreme Court, has confessed to being a consultant to the Attorney-General of the Federation (AGF), Abubakar Malami. 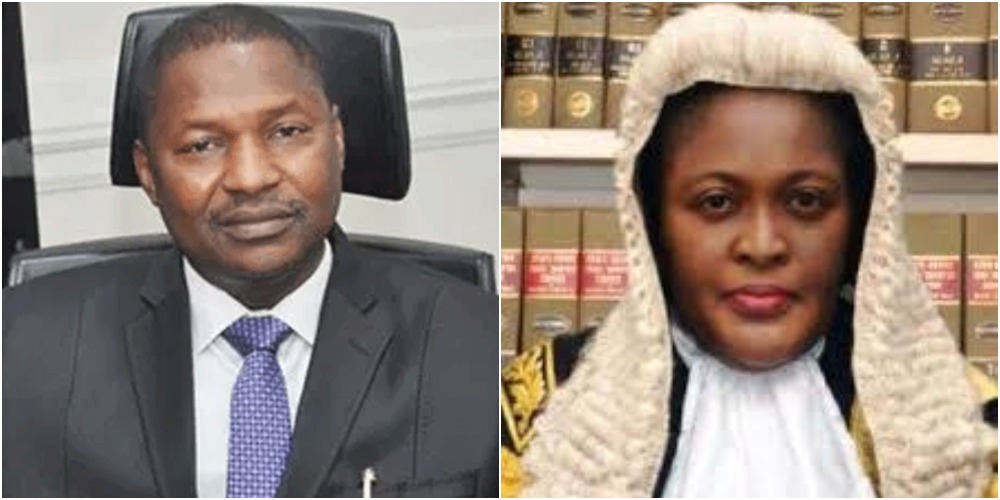 KanyiDaily had reported last week how security operatives made up of the Nigerian Army and police invaded the home of Justice Mary Odili in Abuja.

The Minister of Justice, AGF Abubakar Malami had denied his involvement in the raid, saying he would not stoop so low to associate himself with such a “nasty” court process (warrant).

On Thursday, the police announced that one fake Chief Superintendent of Police, CSP Lawrence Ajodo, and 13 other criminal suspects were arrested in connection with the unlawful invasion of Justice Odili’s house in Abuja.

While parading the suspects at the Force Headquarters Annex in Abuja, Ajodo said that he was a consultant of Malami but the AGF did not send them to carry out the invasion.

He said, “I am not an officer of the Nigeria Police Force but I am a consultant for the AGF; he did not send us on the raid on Mrs Odili’s house”

In a statement by his media aide, Umar Gwandu, AGF Malami described the confession of Ajodo as that of a “drowning man scavenging for a dying partner”, adding that he could not have stooped so low to engage a quack or fake Police officer as a consultant.

READ:  2023: Kashim Shettima Says It Will Be Catastrophic For APC If Tinubu Loses Ticket

He said, “The attention of the Office of the Honourable Attorney General of the Federation and Minister of Justice has been drawn to a confession of a suspect during interrogation in the investigation of the recent invasion of the residence of the highly respected Justice of the Supreme Court; Justice Mary Peter Odili.

“This is a case of a drowning man scavenging for a dying partner. We are happy to note that investigation has commenced to unravel the circumstances and personalities behind the invasion and sponsored campaign of calumny against the honourable attorney-general of the federation and minister of justice.”

While challenging the suspect to present evidence, Malami said the investigation will reveal “those dragging his personality, his name and his exalted office in the dirty politics of disrepute”.

He said, “We asked the suspect to present documents of engagements where he worked as a consultant to the attorney-general of the federation and minister of justice, whether in past or now.

“We boldly and unequivocally challenge the fake consultant/police officer to come out with answers or responses to these questions to the general public.

“The honourable attorney-general of the federation and minister of justice superintends over and respects the rule of law and will not do anything to undermine the sanctity of his office and that entire judiciary and justice sector.”

KanyiDaily recalls that River State Governor, Nyesom Wike had given the Federal Government a 48-hour ultimatum to probe those behind the invasion of Justice Mary Odili’s residence. 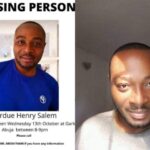 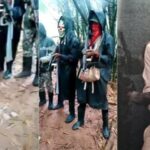