The Attorney General of the Federation and Minister of Justice, Abubakar Malami (SAN) has denied ordering a raid on the residence of a Justice of the Supreme Court, Mary Odili, in Abuja. 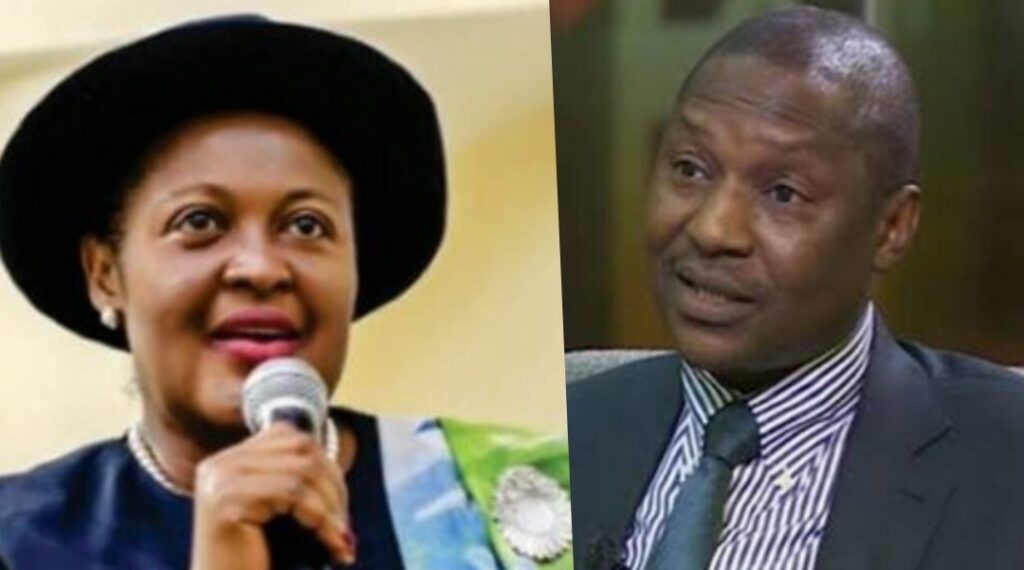 KanyiDaily had reported how security operatives, who were made up of the Nigerian Army and officers of the Nigeria Police Force (NPF), invaded the home of Justice Mary Odili in Abuja.

The security operatives, who identified themselves as members of a joint task force, came with a search warrant on Friday evening, saying that they received information on “illegal activities” going on in Mary Odili’s house.

In a fresh order issued on Saturday, October 30, the Chief Magistrate of Wuse Zone 6 Magistrate Court in Abuja, Emmanuel Iyanna revoked the search warrant on the grounds that the court was misled by the ministry of justice, Malami.

READ:  Saharareporters Founder Sowore Says Buhari Does Not Possess Skills To Govern Nigeria & His Supporters Are Ignorant And Blind

However, in a statement by his media aide, Umar Gwandu, on Saturday, Malami said he would not stoop so low to associate himself with such a “nasty” court process (warrant).

The AGF stated that he was not in “any way connected with the fabrications and concocted lies linking him to the ensued imbroglio relating to news stories about the residence of a Justice of the Supreme Court; Justice Mary Odili.”

He said, “It is important to set the record straight that as the Chief Law Officer of the Federation, Malami will not stoop too low to be associated with an apparent in-elegant and nasty court process on the strength of which the purported search warrant was procured.”

“The media reports on the issue depict to untidy process that could never emanate from the Office of the Honourable Attorney General of the Federation and Minister of Justice.”

“The general public needs to know that there was nothing called “Joint Panel Recovery Under the Ministry of Justice” in the Office of the Attorney General of the Federation and Minister of Justice, and by extension the entire Federal Ministry of Justice.”

“What we have is Inter-Ministerial Committee on Assets Recovery” the mandate of which does not include stings operations. Numerous incongruities in the documents being circulated in relation to the saga reveal traces of criminal actions which particular regards to:
1. The name as contained on the purported letter headed paper “Ghost’s Account For Local Whistle Blowers & Assets Tax Recovery Panel”,

2. The ambiguous reference to “Ministry of Justice” without clarifying as to whether it is Federal or State Ministry and of which State,

3. The claimed office address which as revealed by the letter headed paper is not the address of the Federal Ministry of Justice

4. Email address used on the letter

“All these deductions would have assisted a discerning mind to arrive at a reasonable conclusion of criminal undertones associated with the court process on the basis of which the purported search warrant was procured.”

“The Office of the Attorney General of the Federation and Minister of Justice has since reached out to the relevant authorities for an intensified wider investigation on the matter for necessary actions leading to the prosecution of anyone involved in the matter in view of the fact that the only names on record from the process filed in court are a purported police officer who claimed to be “O/C Assets Recovery Team” and one Aliyu Umar a deponent in the affidavit.”

The supreme court justice is the wife of Peter Odili, a former governor of Rivers state, who is currently on the watchlist of the Economic and Financial Crimes Commission (EFCC).

KanyiDaily had reported how a draft criminal charges detailed how Peter Odili plundered Rivers State’s $500million to set up Arik Air and buy media at AIT, Thisday, Newswatch, and ChannelsTV. 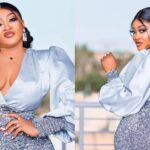 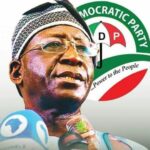