Sokoto State Governor, Aminu Tambuwal has ordered the arrest of a musician identified as Mohammad Danshanawa for singing the praises of wanted bandit kingpin, Bello Turji. 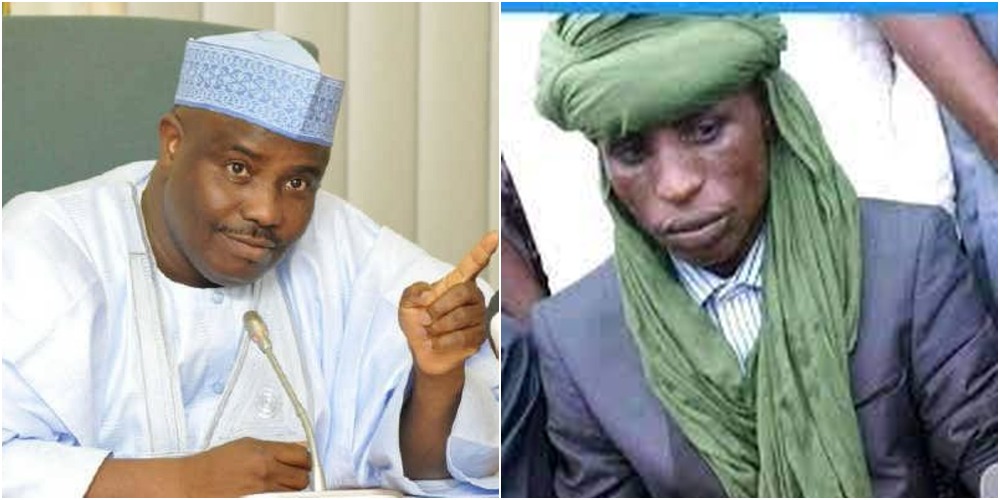 Bello Turji is a 27-year-old ruthless bandit operating in Sokoto and Zamfara states. He had on different occasions rejected peace deals from the state governments.

The only time he said he was open to dialogue was when Kaduna-based Islamic cleric, Ahmed Gumi, visited his camp in Zurmi (Zamfara State).

In the song which went viral on several social media platforms, Danshawa described the terrorist who has been accused of different attacks in the north as “a lion, untouchable and a great leader”.

Reacting to the song, Governor Tambuwal ordered the arrest of Danshanawa to serve as a deterrent to other musicians of like minds.

He said, “We ordered for his arrest to serve as a deterrent.

“This further informs why I advised that the President and Commander-in-Chief of the Armed Forces should consider because, in those places where there are security challenges, the inhabitants are willing to be trained on weapons handling.”

READ:  Nnamdi Kanu To Reveal Buhari And El-Rufai's Involvement In Execution Of 11 Christians By ISWAP

According to SaharaReporters, some Sokoto residents have also condemned the song, describing the action of the musician as unpatriotic.

Squadron leader, Aminu Bala, said: “The song is capable of misleading young people to begin to idolize or even pay allegiance to the terrorist.”

Another man resident in the North, Abdullahi Bala, said: “This is a very sad development, and it is coming at a time of acute security deterioration. As it is, one cannot move from Sokoto here to Illeila, yet someone is praise-singing a terrorist.”

This comes a few days after gunmen suspected to be bandits burnt at least 30 passengers inside a bus traveling from Sabon Birni local government area to Sokoto town.