Nigerian sex therapist, Jaruma has hooked up with Laila Charani, the Moroccan ex-wife of Nigerian billionaire, Ned Nwoko, days after she called him out on social media. 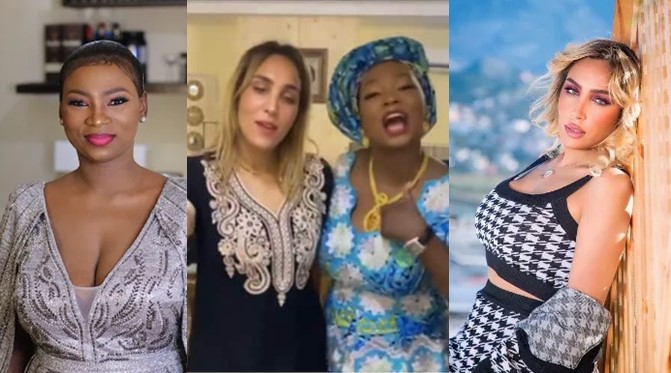 KanyiDaily recalls that following the report of Ned Nwoko’s separation from Laila Charani, many people have accused Regina Daniels of using Jaruma’s Kayanmata product to end the Moroccan model’s marriage to their billionaire husband.

However, in a statement on Wednesday, Nwoko dispelled rumours that his separation was linked to the use of Kayamata sold Jaruma whose marriage with her husband ended just after one year.

The billionaire also explained that his marriage to the Moroccan model broke due to “irreconcilable differences rooted in indecent conduct on the part of Laila which started whilst she was on holiday in London.”

Nwoko gave a long list of things she did that degenerate to irreconcilable differences including that the mother of three was seeing another man, abandoned their kids and went for plastic surgery without telling him.

Reacting in a video shared on her Instagram page on Thursday, Jaruma faulted Nwoko’s handling of his marital problems, saying that he lied against Laila just to tarnish her image.

The sex therapist also alleged that her love products were working on the 74-year-old billionaire who she claimed had put out his statement due to “pressure” from 21-year-old Regina Daniels.

In a new video shared on her Instagram page on Saturday, Jaruma is seen dancing joyfully with Laila, saying that no lies can change the love Nigerians have for the Moroccan model.

KanyiDaily recalls that Laila Charani had shared a screenshot of Ned Nwoko’s chat on WhatsApp where he threatened her to debunk the report of their divorce and delete her Instagram page. 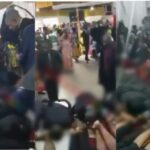