Angel has revealed why she chose to bathe with the male housemates while at the BBNaija reality TV show. 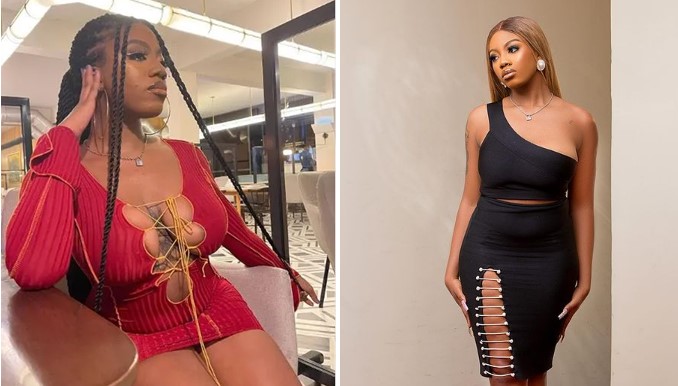 Former Big Brother Naija housemate, Angel has revealed why she felt comfortable showing her body to the male contestants during the reality TV show.

During an interview with Toke Makinwa, Angel revealed that she bathed with the guys at the BBNaija House because she did not see it as a big deal.

According to her, she is comfortable in her skin and does not ascribe her value to her body, and as such, she is not bothered if someone sees her nakedness.

Angel also made it known that it was a deliberate strategy to be approaching guys in the BBNaija house and showering with them.

READ:  Driver Sits In Middle Of The Road In Protest After Police Seized His Car & Demanded N150k Bribe

Angel Reveals Why She Bathed With Guys At BBNaija House

She said, “I’m comfortable with anything, I’m comfortable in my body I don’t ascribe my value to what they look at. It was a communal bathroom, every other person was shy but I don’t really care if you see me naked, I don’t place my value in my nakedness, my value is in so many other places, I know I’m smart, I know I’m funny and I’m fine.”

The young lady further made it known she could rate guys based on what she saw in the shower.

On what got her attracted to her fellow housemate, Cross, Angel said that she genuinely likes him because he’s weird.

She said, “To be honest, I do like Cross, I told him that he’s weird and I’m kind of weird as well it takes two weird people to understand each other. He is also funny and I like funny guys so and the chemistry is there I won’t lie.”

Angel also spoke about her relationship with Boma, who insulted her parents and said she can never achieve anything bigger than BBNaija.

When asked if they are now speaking to each other, Angel said: “No, we are not and we will never ever be friends.

“He told me that I can never achieve anything bigger than BBNaija and also insulted my parents.

“I genuinely don’t have beef with him but we can never relate outside, everyone should just be on their lanes.”

Meanwhile, dx-BBNaija star, Tega Dominic has lamented over the non-stop criticism she has been getting after she left the house.