The Chief Whip of the Senate, Orji Uzor Kalu has announced his intention to contest in the 2023 presidential election, hours after the National Leader of the All Progressives Congress (APC), Bola Tinubu, also declared his presidential ambition. 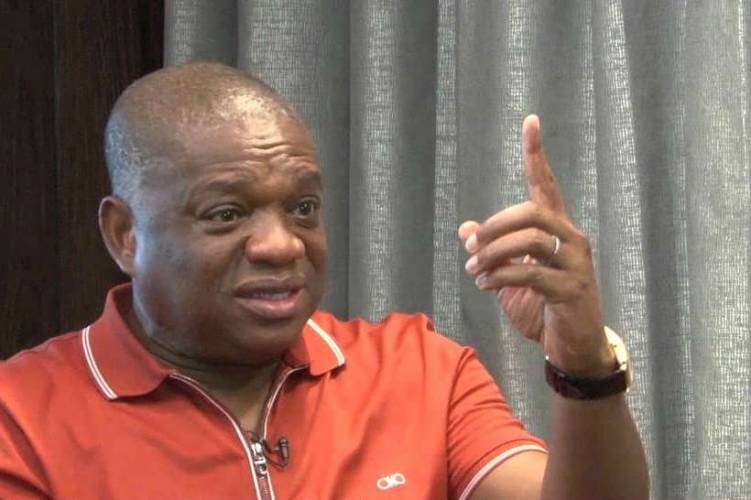 KanyiDaily recalls that Tinubu had informed President Muhammadu Buhari of his intention to contest in the forthcoming 2023 presidential election.

Speaking with the News Agency of Nigeria (NAN) on his arrival at the Nnamdi Azikiwe International Airport in Abuja on Tuesday, Orji Kalu said he will consider contesting for president if the APC zones its presidential ticket to the South-East region.

The Senator also thanked individuals and groups who are flooding major cities in Nigeria with his presidential posters, saying that they found him worthy to deliver good governance to the nation.

Kalu, who disclosed that he had not made up his mind to contest in the election, expressed willingness to join the race if the South-East emerges as the flag bearer of the APC in the 2023 presidential election.

He said, “I want to continue to thank people who are putting up my posters all over Nigeria, I have not made up my mind whether to vie for president or not.

“But if opportunity is given to the South-East, I will think again to see if there is room because the party has not said where they are zoning the president to.

“But I know the party will bring a president who will work for the unity of the country which is more important,” Kalu added.

Meanwhile, Ohanaeze Ndigbo has kicked against Tinubu’s presidential ambition, saying he will surely lose the 2023 presidency because it is the turn of Igbo.

2023: Like Tinubu, Umahi Visits Buhari To Inform Him Of His Presidential Ambition

Tinubu’s Presidential Ambition Is Dead On Arrival, It’s The Turn Of Igbos – Ohanaeze