Osita Okechukwu, the Director-General Of Voice of Nigeria (VON), has advised the National Leader of the All Progressives Congress (APC), Bola Tinubu, to dump his presidential ambition by backing a younger candidate from the South-East. 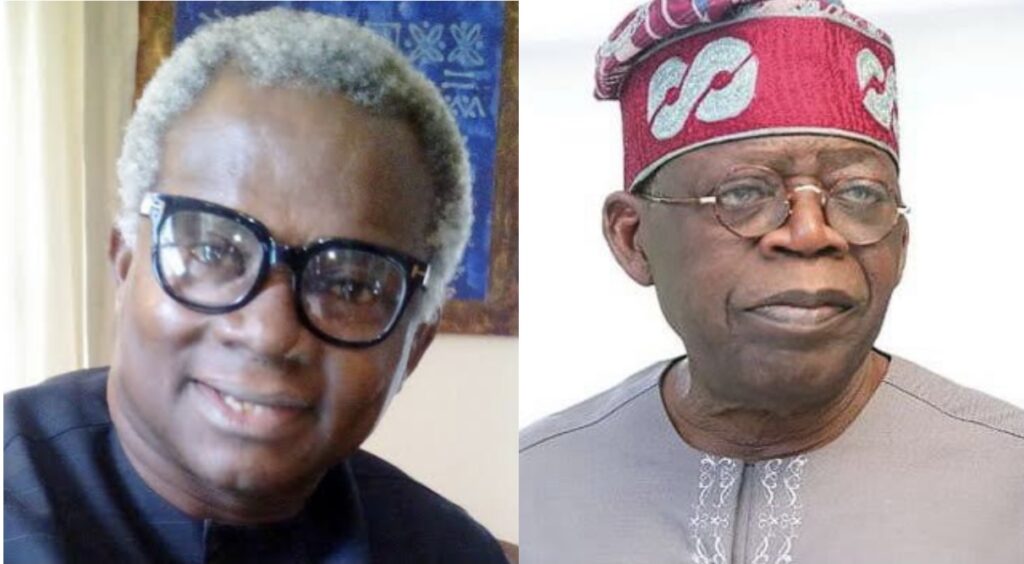 Okechukwu, a foundation member of the APC made this submission while entertaining questions from journalists at the 2021 Eke Day in Abuja on Sunday.

According to him, Tinubu played a critical role in the emergence of President Muhammadu Buhari in 2015, adding that the former Lagos governor could also play a “kingmaker” role in 2023.

He said, “If one is consulted by our national leader, Asiwaju Bola Ahmed Tinubu on whether he should run or not for the exalted office of the President of Nigeria in 2023, my candid advice will be that he should use his abundant Almighty God’s endowment to unite the APC, and unite the South and by extension our beloved country, by backing a candidate from the southeast.”

Okechukwu advised the APC leader to throw his weight behind a younger person from the South, especially the Southeast geopolitical zone to emerge as the President in 2023.

Tinubu by so doing, Okechukwu said, would have united the south forever; as some northerners have complained that why they are reluctant to support southern candidates is because of lack cohesion among the two major geopolitical zones in the south.

The VON boss posited that if Tinubu widens his search he will definitely find a credible candidate from the southeast who will easily defeat presumed candidate of the PDP, former Vice President Atiku Abubakar.

According to him, by so doing he would have wittingly used one stone to kill two birds – unite the APC, and unite the South and by extension, the entire country.

He emphasised that it will be statesmanlike for Asiwaju to be a Kingmaker than throwing his hat into the ring.

Asked why Tinubu should be restricted to only Kingmaker and not the King himself, Okechukwu argued that, “the scriptures said there is time for everything which happens on earth.

“Am one of those Buharists who have tremendous respect for Asiwaju for the critical supplement he added to Buhari’s 12 million Vote-Bank, which resulted in our 2015 presidential election victory. It is not a mean feat, when you consider that with Buhari’s Vote-Bank, we were unable to win in 2003, 2007 and 2011, until the merger of the legacy political parties, where Tinubu played major role.”

On whether there is agreement between Tinubu and Buhari in 2015 to be his running mate in the presidential election, Okechukwu answered, “I don’t know of any agreement.”

“However as I said, the scriptures posit that there is time for everything which happens on this planet. All I know is that there was raging debate on the proprietary of Muslim/Muslim ticket as to whether it can guarantee victory of the APC at the 2015 presidential election.

“This was what to the best of my knowledge which denied Tinubu the Vice Presidential slot and not the scanty insinuation of breach of agreement. The scale of Muslim/Muslim ticket was weighty unlike in 1993 Abiola/Kingibe ticket. It was thoroughly debated and dropped, for defeat phobia.”

He insisted that Buhari did not breach any agreement with Tinubu, but it was realpolitik at play.

Okechukwu said given the foregoing background, Tinubu would etch his name in gold if he utilises his Almighty God’s endowed resources to support anyone from the South East to be Nigeria president of Igbo extraction.

Asked why should Tinubu support a Southeast candidate instead of his protege, the Vice President Yemi Osinbajo, who is meters away from the coveted seat of the presidency, he maintained that the rotation started from the South-West in 1999 and therefore, going by equity and natural justice the South-East should be allowed to produce the President in 2023.

“One, it is because of the zoning convention which has governed the 4th Republic since 1999, a convention which states that the president should rotate between north and south. It started in 1999 from the southwest, with Chief Olusegun Obasanjo as president.

“Secondly, our brothers in the south south had their turn to preside over Nigeria. Southeast is the only geopolitical zone in the south which had not presided over Nigeria except the six months General Aguiyi Ironsi’s stint.

“This uncommon statesmanlike Tinubu’s gesture will unite the south, for many had bemoaned the lack of synergy between politicians from both the South-East and South-West geopolitical zones.”

On whether he is ruling Tinubu out because of age, Okechukwu said far from it. “Whereas one cannot canvas age in any particular manner; we at same time need generational transformation.”(NAN)

This comes a few days after Bola Tinubu said he will not disappoint Nigerians who are counting on him to contest for the presidency in the 2023 general election.

Buhari Is Great Reformer, He Has Faced Difficult Challenges During His Tenure – Tinubu