Pope Francis has appointed a Nigerian priest of the Catholic Diocese of Abia State and Apostolic Nuncio to the Antilles, Archbishop Fortunatus Nwachukwu, as Permanent Observer of the Holy See to the United Nations Office and Specialised Institutions in Geneva. 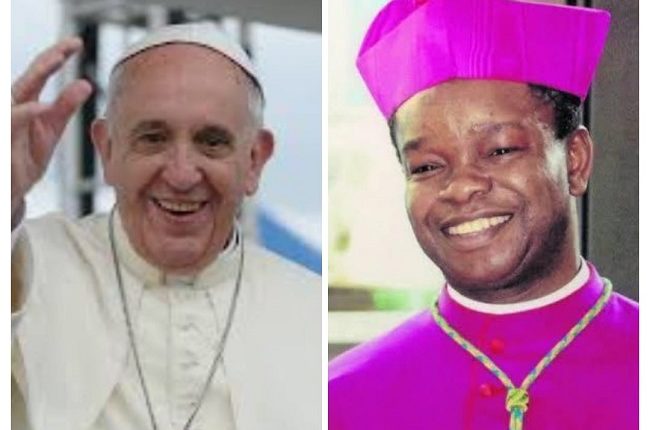 Pope Fraincis also appointed Archbishop Nwachukwu as Permanent Observer to the World Trade Organisation (WTO) and representative of the Vatican to the International Migrations Organisation (IOM).

This was contained in a statement issued at the weekend by the Office of the Antilles Episcopal Conference Secretariat, Port of Spain, Trinidad and Tobbago, where Archbishop Nwachukwu is currently serving as Apostolic Nuncio.

Until his appointment, Nwachukwu was transferred from Nicaragua to Trinidad and Tobago on November 4, 2017, and assumed office on March 19, 2018.

According to the new appointment, Archbishop Nwachukwu will still remain in charge of the Mission in Trinidad and Tobago, the Caribbean and Antilles, until he departs for the new mission at the United Nations in March 2022.

Archbishop Nwachukwu, who was born on May 10, 1960, in Umuokoro, Eziama-Ntigha, in Isia-Ala Ngwa North Council of Abia State, was ordained a priest on June 17, 1984.

In January 1972, he was admitted into Immaculate Conception Seminary, Ahiaeke Umuahia at the age of 11. In 1975, he and some of his classmates sat for the last London GCE, before the West African Examination Council (WAEC) took over the organisation of secondary school final examinations.

He then taught Mathematics and Latin at the seminary until 1977, when he was sent to continue his priestly formation at the newly opened Philosophy Faculty of the Bigard Memorial Seminary at Ikot Ekpene, Akwa Ibom State.

He completed his seminary formation at the Theology Faculty of the Bigard Memorial Seminary in Enugu from 1980 to 1984.

He passed his Bachelor of Divinity examinations as the best graduating student and gave the valedictory speech at the graduation of his class. On June 17, 1984, the late Bishop of Umuahia, Rt. Rev. Anthony Gogo Nwedo, ordained him to the Catholic priesthood for the Diocese of Umuahia, at St Eugene’s Parish Church in Aba. He was transferred to the Diocese of Aba when it was created in 1990.

After his priestly ordination, Nwachukwu worked as a teacher and later as vice-rector of the Immaculate Conception Seminary, Umuahia, as well as parochial vicar and administrator of the St Anne’s Parish, Ibeku from 1984 to 1986.

Concurrently, he served as the Diocesan vocations’ director, as well as the chaplain of the Federal College of Agriculture and the Umuahia Campus of Alvan Ikoku College of Education, Umudike-Umuahia, among other positions.

KanyiDaily had also reported that Pope Francis appointed the Bishop of the Diocese of Sokoto, His Lordship, Bishop Mathew Kukah, as a Member of the Dicastery for the Promotion of Human Integral Development at the Vatican City in Rome.