The Minister of Women Affairs, Pauline Tallen has lambasted male lawmakers who voted against gender bills seeking to amend the constitution to include women in the leadership and governance of the country. 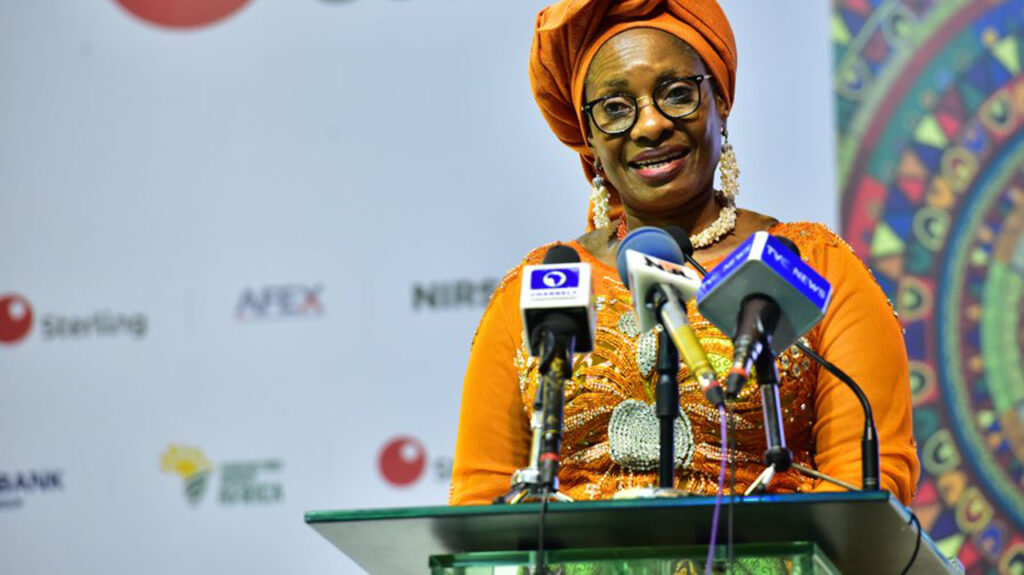 KanyiDaily had reported that on Tuesday, March 1, the Federal Lawmakers voted against the five bills that sought to promote more opportunities for women in political parties, governance, and the society at large.

Other bills shut down were the bill providing for affirmative action for women in political parties’ administration and the one that seeks to create special seats for women in the national and state assemblies.

Speaking on Wednesday after the Federal Executive Council (FEC) meeting in Abuja, the minister of women’s affairs called on Nigerians to pray for the National Assembly members who rejected five gender equality bills.

Tallen, who described the rejection of the proposed legislation as “show of shame”, said the male lawmakers who voted against gender bills have no respect for women.

The minister threatened that Nigerian women may have to mobilize and strategize on how to get their pound of flesh during the forthcoming 2023 general elections.

She said, “I urge all Nigerians to help us pray for the men that killed this bill yesterday in the National Assembly.

“It clearly shows that the men that were against the bill don’t have any respect for women, it’s clear. But I am not generalizing, not all the men in the National Assembly. We have the figures. 72 men in the House of representative voted in support of the bill.

“So, I’m not generalizing. We are saying that, for those that don’t believe in it, we will continue to intensify advocacy for them to believe in gender equality, and the role that women can play when they are on the decision table to make Nigeria better”.

READ:  Why I 'Attacked’ Buhari During Argungu Festival In Kebbi – Man In Viral Video Opens Up

The former Deputy Governor of Plateau state said the decision to turn down the proposed legislations was most unfortunate, and a big show of shame, which smacks of insensitivity by the male dominated parliament.

She, however, expressed optimism that there will eventually be light at the end of the tunnel adding that female federal legislators will be engaged on the need to have affirmative action for women.

Tallen said, “I want to assure you, that all hope is not lost. I have reassured Nigerian women that we should not be daunted, we should remain resilient. And we have already put in place strategies. Last night we all met the key civil society organizations and other women activists.

“We are strategizing with the female members in both houses of national assembly. And I want to assure you, that Nigeria women will not give up, we’ll keep pushing until we achieve the affirmative action.

“Other strategies have also been put in place, which I will not disclose now. But we are putting strategies towards the 2023 elections. And we know what to do by the grace of God.”

Tallen dismissed insinuations that enough advocacy was not done by the women to ensure the Bills get passed at the federal parliament.

According to her: “A lot of advocacy were put in place, but they were simply bent on doing what they wanted to do. However, we are not giving up, we will continue to intensify, advocacy right to the local government level up to the ward level. And the outcome of our advocacy now will show by the time we go into the next election, that is very much around the corner.

“What happened is unfortunately, on the first day of March being the month to acknowledge and celebrate woman. However, what happened today (Wednesday) in council is a big relief, and is a reassurance of President Muhammedu Buhari’s administration, that he believes in women, and that this administration will continue to support all issues that will support women towards national development.

“My next prayer is that the National Assembly should support the executive because the executive, the legislature and the judiciary must work in harmony in order to ensure that Mr. President succeed.”

READ:  Nigerian Woman Flogged Mercilessly By Her Brothers For Cheating On Her Husband [Video]

She stressed that the 2023 general elections will take another dimension as the women and women hold the ace because of their huge number.

She said: “We believe in democracy, we believe that everyone has the right to test his popularity by contesting. But again, you will agree with me that women and youths are the greatest voters. And if you negate this huge number of the population of the country that are always consistent to turn in and vote. Come rain come sunshine, then. Something will surely happen that would change the narrative, this coming election by the grace of God.”

According to her, the Ministry of Women Affairs presented a memo on the national gender policy to FEC.

“This memo is a revised national agenda policy 2021 – 2026. It represents a set of minimum standards expected of Nigerian government to meet its mandate for gender equality, good governance, accountability and being socially responsive to the needs of its vulnerable group.

“Equity remains the foundation of the core principles of agenda 2030 which says ‘Leave no one behind’. I want to put on record that Mr. President has done so much to support women through numerous pro-woman projects. This memo today that has been approved by council has gone again to clearly state the fact that Mr. President is committed to make a difference as far as women issues are concerned.

“This has also come at the right time. I’m sure you’re all aware that the whole month of March is set aside by the international community to United Nations to celebrate activities that concern women and women’s contribution towards national development.

“I seize this opportunity to thank Mr. President on behalf of all Nigerian women for this gift of the approval of this memo at this time as we celebrate the International Women’s Day.”

KanyiDaily had reported that yesterday, Nigerian women protested at the National Assembly against the rejection of the five bills seeking gender equality in the country.