Former Anambra State Governor, Peter Obi, and Professor of political economy, Pat Utomi, are set to face each other at the presidential primary of the Labour Party (LP) on Monday. 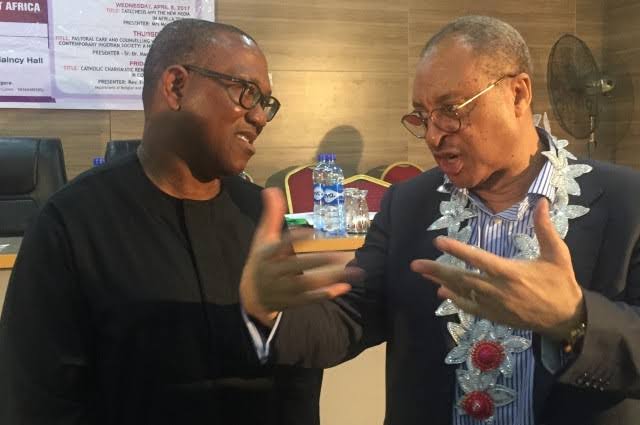 It was gathered that the two leading LP presidential candidates would contest the presidential ticket at the national convention of the party, set to hold on Monday in Asaba, the Delta capital.

The 3rd Force Movement under the umbrella of the National Consultative Front (NCFront) called on Nigerians to join hands with Labour Party in crystalizing the 3rd force movement as the alternative ‘Big Tent’ for the 2023 elections.

The 3rd Force Movement was initiated to create a strong platform to challenge the All Progressives Congress (APC) and the Peoples Democratic Party (PDP), both of which have had opportunities to lead Nigeria and failed.

READ:  2023: Like Tinubu, Umahi Visits Buhari To Inform Him Of His Presidential Ambition

In a statement signed by Ms Bilikis Bello, the Communications Executive (National) of the NCFront, the group commended the synergy between Obi and Utomi and noted that the unity of purpose is nothing like the ‘cash and carry’ party primaries of the APC and PDP.

The call was made by the Head of Public Affairs of the NCFront, Dr Tanko Yunusa, while addressing the teeming supporters and delegates of the Labour Party, who were there to attend the Presidential Primaries of the party, holding on Monday at the Orchid Hotels, GRA, Asaba, Delta.

Yunusa, in company with other party chieftains, also used the occasion to lambast the ‘cash and carry’ party primaries of the APC and PDP, describing them as corruptive and criminal.

He called on the Economic and Financial Crimes Commission (EFCC) to immediately go after the candidates and delegates of the APC and PDP for ‘destroying Nigeria’s electoral system and moral fabric’.

The Front, while also applauding the bubbling political synergy between Obi and Utomi in the Labour Party, condemned the activities of some disgruntled elements and sponsored agents by APC and PDP in the press, trying to create a false picture of lack of cohesion in the party.

The Movement, in the light of the coalition in the Labour Party, also invited all well-meaning Nigerians, including women, youths, the physically challenged, the poor and the well to do to immediately join forces with the Labour Party to rescue Nigeria from the heightening insecurity and imminent collapse foisted by incompetent rulers of the country, currently trading in Delegates all over the country.

KanyiDaily recalls that Peter Obi had recently revealed that even though he wants to see Nigeria work, he’s not desperate to become the president. 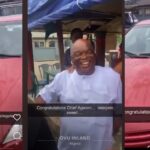 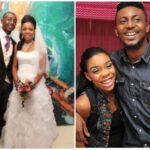