Pan-Yoruba socio-cultural and political organization, Afenifere said that the presidency in 2023 must shift to the Southern part of the country, noting that it was not desperate for a Yoruba man to emerge as the president. 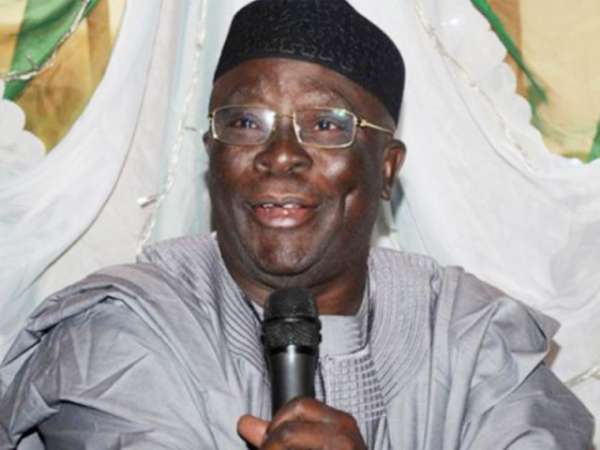 Afenifere’ss position was in contrast with that of Yoruba Council of Elders (YCE), which said it supported a president of Yoruba extraction.

YCE had insisted that presidential power must come to the South-West in 2023, and the acceptable person that the Yoruba would present for the office would be decided as time went on.

But in an interview with Saturday Sun, the National Publicity Secretary of Afenifere, Mr. Jare Ajayi, said they want the best president from any Southern region while Insisting on restructuring before the 2023 election.

READ:  Soludo Says He Will Empower One Million Youths Annually If Elected As Anambra Governor

Ajayi said, “First of all, the presidency in 2023 must shift to the Southern part of the country. We insist on that. For whether it should be South-East, South-South or South-West, we want the best person, who will do the job, correct all the anomalies that the country is going through, and ensure that Nigeria move forward to where other countries are in the 21st Century and beyond.

“That is the kind of candidate that we are looking forward to. To be specific, when we get close to that time, we will decide. As far as we are concerned in Afenifere, whoever that emerges as president in 2023, will have problem in running the country if Nigeria is not restructured. There must be serious tinkering with the present structure in such a way that it will be pro-people, rather than how it is now.

“There must be restructuring before 2023. The question of where the president will come from is secondary. But the president must come from the Southern part of this country. What we are running on the country today is more or less a unitary government, which concentrates too much power at the centre. So, we are calling for decentralisation and genuine commitment to the rule of law and federalism. We are insisting that these must take place before the 2023 elections.”

Secretary-General, YCE, Dr Kunle Olajide, stated that he would be “very delighted if Nigerians decide to elect our kinsman as president in 2023 for a number of reasons”.

He said, “If you look at the landscape of Nigeria, without being immodest, Yoruba people appear to be the most liberal and most accommodating in Nigeria. Traditionally, Yoruba culture is that at all times, we must do what is right and you must insist on fairness and equity for all.”

Meanwhile, the Minister of Labour and Employment, Chris Ngige said that the election of an Igbo president in Nigeria would help to permanently heal the wounds of the civil war and end all agitations for the Biafra republic.

2023: Tinubu Will Fight Tooth And Nail To Get APC Presidential Ticket – Senator Hanga