President Muhammadu Buhari has commended the Super Eagles of Nigeria despite their loss to Tunisia in the ongoing 2021 Africa Cup of Nations (AFCON). KanyiDaily had reported how the Super Eagles crashed out of the AFCON tournament after they lost 1-0 to the Carthage Eagles of Tunisia on Sunday, January 23.

In a statement posted on the president’s official Facebook page, Buhari acknowledged that the players and officials put up a tough fight.

He urged Nigerians not to write off the Super Eagles even though the team did not live up to their expectations in the AFCON match with Tunisia.

Buhari said “Even though the Super Eagles did not live up to our expectations in the AFCON match last night, they all, officials and players alike, deserve commendation for the tough fight they put up.

“Indeed they gave everyone the confidence that they were up to it, and I am sure it was something they could have achieved. Nonetheless, we should not write them off.

“What we should all do instead, as Nigerians, is to encourage them to bounce back and do better next time.

“I have directed the football authorities to undertake a critical assessment of the AFCON performance, to enable better outcomes in the future, starting with the forthcoming World Cup qualification matches.

“Also, I am using this opportunity to urge the general public to send your suggestions to the Nigeria Football Federation (NFF), so that they can reflect and plan well for a better outing in the World Cup.
God bless our Super Eagles, and God bless the Federal Republic of Nigeria” he concluded.

KanyiDaily recalls that before Nigeria loss to Tunisia, President Buhari had called the Super Eagles, charging them to defeat their opponent and win the AFCON trophy. 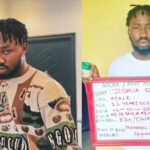 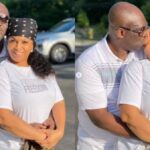