The Super Eagles of Nigeria have crashed out of the ongoing the 2021 Africa Cup of Nations (AFCON) after they lost 1-0 to the Carthage Eagles of Tunisia in their Sunday encounter in the tournament’s Round of 16. The loss comes a few hours after President Muhammadu Buhari called the Super Eagles, charging them to defeat their opponent and win the AFCON trophy.

The Super Eagles had qualified as the only team with a maximum of nine points from the group stage, beating all teams in Group D. However, the Nigerian team couldn’t make it beyond the round of 16.

During the match in Sunday, January 23, both teams went into the first-half break without goals until Tunisia’s Youssef Msakni delivers the single killer goal that sent the Super Eagles out of the competition few minutes into the second half.

READ:  Chelsea's Hudson-Odoi Arrested After Model He Met Online Claimed She Was Raped At His Apartment

Nigeria’s Kelechi Iheanacho was shown a yellow card in the 20th minute, while Alex Iwobi was also shown the red card at the 66th minute, depleting the Eagles as Tunisia cruised into the quarter-final of the tournament.

Before the game, many had tipped Nigeria to win, especially as the Tunisian team was hit with coronavirus, which affected 12 players, including the captain and head coach. However, Tunisia proved tougher for the Super Eagles than expected.

Following the defeat to Tunisia, Nigerians on social media have pinned the blame on President Buhari due to his pre-game call to the Super Eagles.

I know nothing about soccer BUT Nigeria will be out of #AFCON2021 soon 😂🇳🇬
So daft the team went talking to Buhari before a game. Who's the silly coach? Worst move. Worse than Friday the 13th. Anything I predict happens ⚽️🇳🇬😬 🐈‍⬛🦇#Kemitalks #ghanavsnigeria #Tunisia #AFCON

This guy knew that speaking with Buhari meant they were going to lose #Nigeriavstunisia pic.twitter.com/ryrfrH5i6p

Super Eagles used to win or score in the first half until they received a call from President #Buhari.

Anthony Joshua was minding his business. Eguavoen & the Super Eagles were doing a good job. Until Buhari decided to show his face.

Buhari did to Super Eagles what he did to Nigeria's economy.

Years ago, there was a story that when people picked up some calls, they started vomiting blood, and they died.
Many of us did not believe it.
Today, the Super Eagles of Nigeria were expected to win until they picked that call, then they lost!#Nigeriavstunisia #AFCON

As for the red card, No body should blame iwobi for it! It's a game. I would rather blame coach for not putting umar sadiq on time

Hello Buhari, with all due respect sir, we didn’t send you to call super eagles oo.

Iwobi saw the red card right inside Buhari ‘s eyes. See the way he is visibly sad. He could not even hide it. #Nigeriavstunisia pic.twitter.com/nR5QaIeaCN

The Super Eagles of Nigeria couldn't have won the #AFCON2021. We don't win the Afcon that Cameroon is involved. Check history. I told some people but they said it's superstition. Football is a spirit. Iwobi Musa Buhari Olayinka Okoye Sadiq Aina Red Card #TeamNigeria Aribo Uzoho

This is a sign to all those that went to inform Buhari of their intention to run for President; just forgerrit.

Me, when I’m about to close a billion dollar deal and I receive a call and the caller says “My name is President Buhari” pic.twitter.com/4V0JqKO1mD

Iwobi red card, Iheanacho yellow card. All the time they have been playing this never happened. Why is it that it is the day they spoke to Buhari that these series of unwelcome events rained on us!

#Buhari: Musa saw it coming. 😭🥺
I blame Desmond Elliot for all this. 😡pic.twitter.com/8fud2GGZuO

May Buhari never call you at any point of your career!#AFCON2021

KanyiDaily recalls that Nigerian billionaire, Femi Otedola had pledged the sum of $250,000 to the Super Eagles if they win the 2021 AFCON trophy. 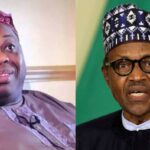 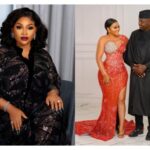