Former chairman of the Peoples Democratic Party (PDP) in Ekiti State, Bisi Kolawole has won the governorship primary of the party in the state. Kolawole, who is the preferred candidate of a former governor of the state, Ayodele Fayose, got 671 votes to beat his closest rival, former Governor, Segun Oni, who scored 330 votes out of a total of 1200 delegates that participated in the primary out of which 1185 votes were cast.

The governor also congratulated other aspirants for sportsmanship and urged them to join hands to win the June 18 election.

“I am very sure members of our party, our leaders are very happy because we have promised that once the process is very open and fair to all, we will all accept the result. It has pleased God to make me the winner of the election, I willingly accept to be the flagbearer of our great party.”

In his reaction, Oni conceded defeat saying, “We are going to fight together to make him (Kolawole) governor. We are satisfied with the process and no one is complaining. You saw it all here.”

Ahead of the election, Fayose had praised Kolawole, describing him as a bridge-builder who will usher in a better future for Ekiti and the PDP.

The ex-governor said, “The man you have come to honour, Bisi Kolawole, is our collective project. I made him my preferred candidate in the overall interest of our party, but this does not foreclose due process of nomination in PDP.

“PDP is what we are supporting; it is what we are marketing. And all we want is a winner. We have started consultations and I know that victory is sure for us.”

Meanwhile, former Governor of Enugu State, Chimaroke Nnamani has revealed that it’s the job of the current governor, Ifeanyi Ugwuanyi, to determine who will succeed him in 2023. 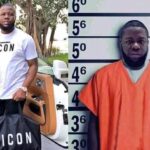 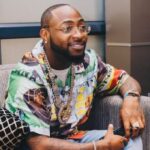