The Economic and Financial Crimes Commission (EFCC) has arraigned an officer of the Nigerian Air Force (NAF), Lance Corporal Haruna Samuel, for alleged misappropriation of N20 million that was mistakenly credited to his bank account. 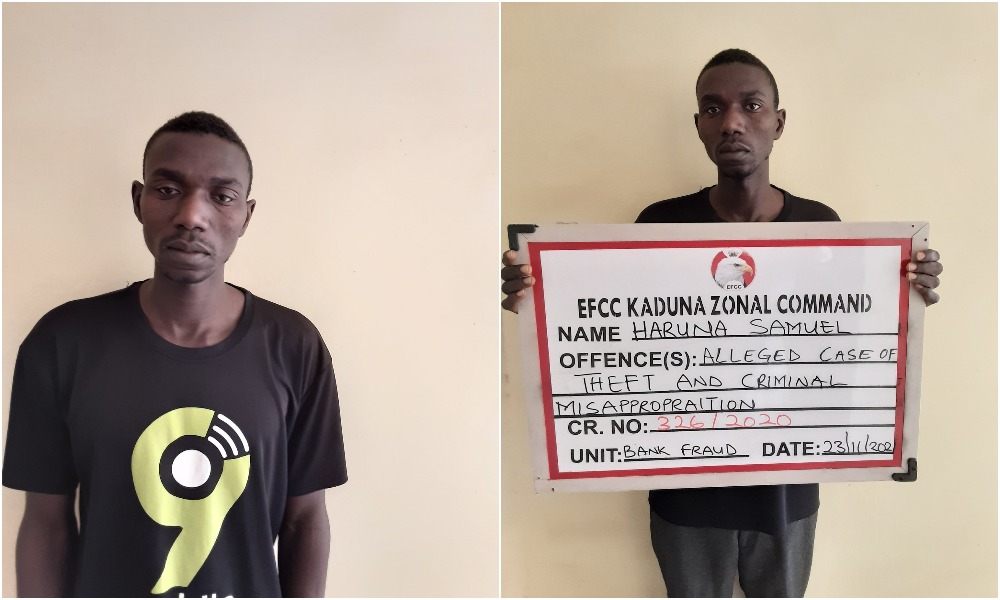 The EFCC Spokesman Wilson Uwujaren, in a statement on Wednesday, said the serving airman was arraigned on Tuesday before the Kaduna State High Court in Kaduna on a one-count charge bordering on theft and criminal misappropriation.

The defendant allegedly committed the offence on December 3, 2020, after receiving the N20, 014,300 said to have been erroneously transferred by his employer into his bank account.

Without expecting any payment of such magnitude from his employer, Samuel who failed to report the issue to his bank or employer, went ahead to withdraw part of the fund for personal use, including settling debts.

After carrying out the alleged fraudulent act, the defendant allegedly absconded from his duty post to Plateau State where he was eventually arrested by EFCC operatives.

READ:  Daughters Gang Up Against Father As He Threatens To Beat Their Mum To Death [Video]

EFCC charged the defendant with criminal misappropriation under section 293 of the Kaduna State Penal Code Law, 2017.

The charge reads: “That you, Haruna Samuel sometime in December 2020 in Kaduna within the jurisdiction of this Honourable Court dishonestly misappropriated the sum of N20, 014,300.00 (Twenty Million and Fourteen Thousand, Three Hundred Naira), property of NAF Ground Training Centre which was erroneously sent to your Zenith Bank account No. 2189705893 which said sum you dishonestly converted to your own use and you thereby committed an offence contrary to Section 293 of the Kaduna State Penal Code Law, 2017 and punishable under Section 294 of the same Law”.

The defendant pleaded not guilty to the charge when it was read to him. And in view of his plea, the prosecuting counsel, Precious Onyeneho, prayed the court to fix a date for trial.

But the defence counsel, S.A Yahaya, applied to the judge orally to grant his client bail.

The trial judge, Darius Khobo, granted bail to the defendant in the sum of N5 million and a reliable surety in like sum.

The surety must be an owner of property in Kaduna backed with a Certificate of Occupancy, which should be verified by both the EFCC and the registrar of the court, the judge ruled, giving conditions the defendant must meet before he would be released on bail.

The judge adjourned the case until March 10.

KanyiDaily recalls that the EFCC had recently revealed that a serving Nigerian governor had allegedly withdrawn over N60billion from his state’s purse.

READ:  Twitter Will Open Its Nigerian Office Within First Quarter Of 2022 - Lai Mohammed 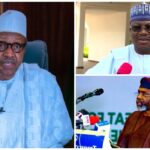