The commissioner of Police, CP, Aliyu Garba, who disclosed this in a statement issued by the police spokesperson, DSP Loveth Odah, said the two the suspected criminals were arrested at Ishieke Market in Ebonyi L.GA of the State.

The Police said the suspects, who are both EBSU first year students, used Access Bank Point Of Service (POS) machine to defraud Mrs. Lillian Anigbogwu of the sum of N3 million and Mr. Alimogwo Chinedu Franklin of the sum N1.4 million, respectively, under false pretence at different locations.

READ:  Nnamdi Kanu's Father Is Dead, Shortly After Death Of His Mum

“The syndicates migrate from one state to the other with the same method to defraud the unsuspecting victims after getting personal information, such as account numbers through stolen phones or sim cards.

“This method works only with Access Bank Point Of Service, popularly known as (POS) machine after the syndicate has succeeded in getting the victim’s account number. The POS- Operator will generate a code through the process for easy withdrawal of the victim’s fund.

“The suspects allegedly defrauded one Mrs Lillian Anigbogwu of the sum of N3 million and Mr. Alimogwo Chinedu Franklin of the sum N1.4 million respectively under false pretence through POS at different locations.

“The suspects confessed to the crime and narrated that they are both working for one Victor Adogu ‘m’ age about 22 years, who is a POS Operator at the Institute for Management and Technology (IMT) Enugu State. The suspects further added that they joined the syndicate in December, 2020 with a share of 10% of every amount defrauded from victims.”

The commissioner further noted that the suspected criminals have been handed over to the Economic and Financial Crime Commission (EFCC), Enugu zonal office, for further investigation and prosecution.

KanyiDaily had also reported how an IMT final year student was sentenced to prison in Enugu for defrauding an American woman of $15,000. 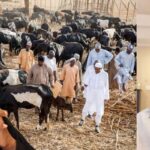 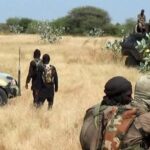