Blessing Joseph, the estranged wife of Precious Iginla, the Senior Pastor at the Prophetic Fire Embassy International Church Port Harcourt, has narrated how he assaulted her all through their seven-year-old marriage.

Precious Iginla is the younger brother of Prophet Joseph Iginla, who is the founder and senior pastor of the Champions Royal Assembly in Kubwa, Abuja.

In a recent interview with a media personality, Chude Jideonwo, Blessing revealed that Pastor Precious allegedly started abusing her barely a week into their marriage.

According to her, trouble started after their marriage in 2014 when her husband forced her to sit among the congregation during a service for an undisclosed reason.

The mother of two claimed the clergy kept on attacking her physically ever since then at “every slight provocation” until he eventually sent her packing last year 2021.

READ:  "I'm Coming For You" - Fani-Kayode's Ex-Wife, Precious Vows To Fight Him Over Their Children

She said, “The abuse started one week into the wedding when the brother asked me to sit down in the congregation, from then that abuse started.

“Most times after he attacks me I run out or atimes he pushes me out of the house, I go out and stay for sometime until neighbors will come and beg so it’s been like that.”

‘Why Precious Iginla Sent Me Parking’

Blessing said she had endured the marriage at the time because she was young and the fact that church members kept persuading her not to quit the union.

The mother of two also revealed how the clergyman threw her out of their home after she sold some plastic chairs in the house to feed the family.

She said, “The physical abuse started one week into the wedding but I stayed because neighbors and church members kept convincing me. I got married at 25. I didn’t know much about life like I do now.

“One day, Precious traveled to see his brother in Abuja without leaving sufficient money for feeding behind. He left N7000 for me and two kids to feed. I urged him to add more money, but he refused to add more money. However, I proceeded to sell some of the plastic chairs at home for N12000.

I used the proceeds to feed myself and our kids. Precious got furious upon his arrival, and he assaulted me before he finally sent me parking. The incident happened 11 months ago. We were married for 7years.”

Blessing, who is currently seeking a divorce from the clergy, also accused her husband of denying her access to their children for almost a year.

Blessing claimed her husband’s Abuja-based brother initially opposed her marriage to his brother because he saw her “as a sign of bad luck.”

She said, “Initially, he (Joshua Iginla) never gave his support for the marriage because the brother (my husband) fell sick. He was seriously sick. I was the one taking him from one hospital to another before I got married.

“We were at a hospital close to central area in Abuja, Dr. Musa was the one attending to Precious Iginla that time. He couldn’t even walk, I was pushing him on wheel chair then so his mother asked me to take care of him that there was no one to take care of him.

“So because of that the brother asked him not to get married to me; that it’s a sign of bad luck.”

READ:  "This Victory Is For Nigeria" - Davido Reacts After Wizkid And Burna Boy Won Grammy Awards

KanyiDaily had also reported how Pastor Joshua Iginla and his wife ended their marriage after confessing that both of them are guilty of infidelity, which was allegedly started by his wife, before he decided to pay her back.

READ:  Grieving Bride Honor's Her Fiance By Wearing Wedding Dress To His Grave On The Day They Were Supposed To Marry 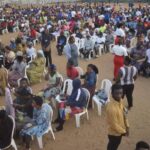 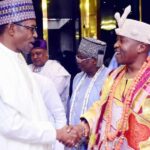