The family of Sylvester Oromoni Junior, the late 12-year-old student of Dowen College, has sought the intervention of President Muhammadu Buhari following the acquittal of the accused parties in the son’s case by the Lagos State Government. 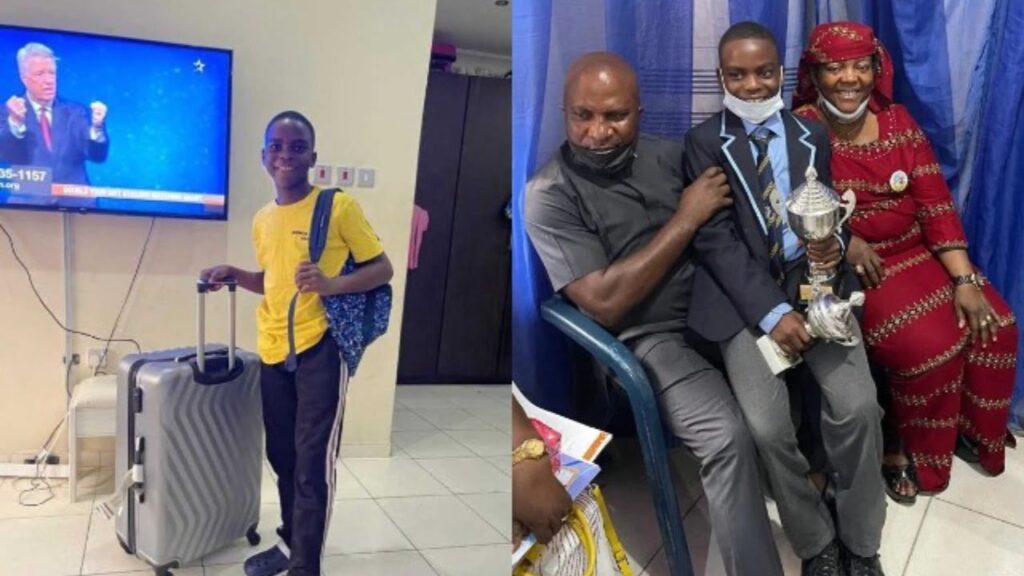 On Wednesday, Lagos Government exonerated the suspects, saying that police investigation and the two autopsies conducted on the body of the deceased failed to establish any prima facie case against the five students and five staff of the college.

Reacting to the verdict in a statement, Sylvester’s father called on President Buhari, human rights organisations, and the inspector general of police to “help me get justice”.

He said, “It is my belief and a shame on the Lagos state government to have allowed this kind of gang up against an innocent boy who died as a result of negligence from the management of Dowen College, Lekki, Lagos.”

“There is a clear oral statement from my son before he died and his schoolmates that he was tortured and given an unknown substance suspected to be poison which led to his death.

“The management of Dowen College always claimed that my late son sustained the injury while playing football. All evidence gathered so far has shown that this is not the true story but a way to cover up their negligence.”

The father alleged what he described as a “conspiracy among the officials of the Lagos state government and the police to cover up the circumstances surrounding the death of the schoolboy.”

“It is disheartening that in the DPP advice, the State of Lagos claims that the five suspects have no case to answer. In whose custody was my son Sylvester Oromoni Jnr. when the substance was forcefully administered to him?” he asked.

“I call on the president of the Federal Republic of Nigeria, inspector general of police, chairman National Human Rights Commission, civil society, international human right groups, and the general public to help me get justice.”

Meanwhile, the deceased mother was seen in a viral video circulating on social media placing a curse on those who are guilty of murdering her son.

She further prayed that God should cut short the lives of all those supporting her son’s killers and make them feel the pain that she is feeling.

She said, “I thank Nigerians and I appreciate everyone for the love they have for us, the parents and family of Sylvester. I so much appreciate Nigerians, as God used them and is still using them to fight for us, God will fight for them.

“Nigerians, I am happy and I appreciate the deep love you have for us. But this battle that is on ground is of the Lord. Everlasting living God, the creator of heaven and earth, the beginning and the end, the first and the last, the owner of the whole planet, the God who created the whole universe will surely avenge the death of my son, Sylvester Oromoni Jnr.

“People celebrated the new year, celebrated Christmas, I did not celebrate with my son and those who are trying to turn this matter upside down, God of vengeance, arise oh Lord, don’t be silent, Arise and crush all of them. Let the whole world see your finger fighting this battle for me.”

Mrs Oromoni prayed that God should arise and deal with those that are trying to turn the case and give her son an evil name.

This comes a few weeks after Sylvester Oromoni’s family kicked against the N1million bail granted to their boy’s murder suspects by a Magistrate’s court in Yaba, Lagos.

READ:  Yahoo Boy’s Mother Sentenced To 5 Years In Prison For Receiving N91m For Him In Benin