Popular Nigerian singer, Tiwa Savage has taken to social media to reveal that she was almost attacked at a beach in Lagos State. 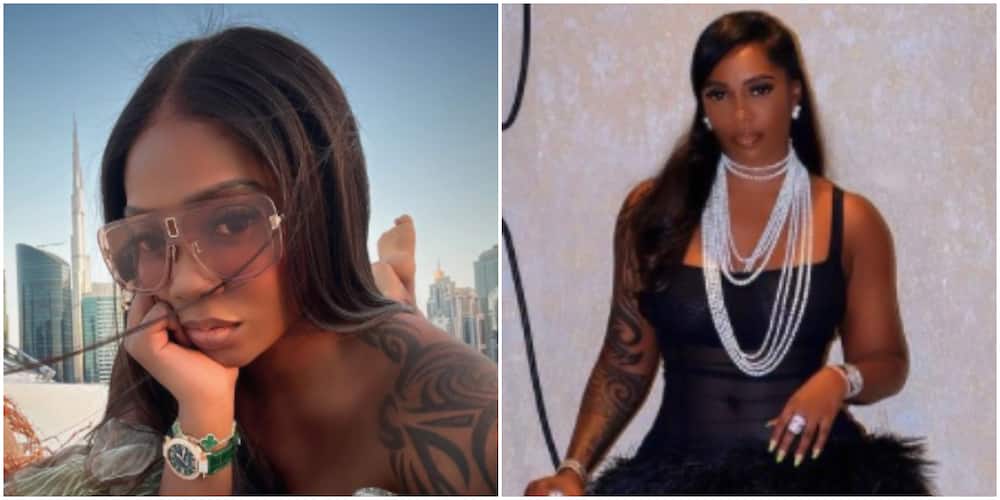 In a post shared on her Instagram page, Tiwa Savage lamented that it’s now expensive to step out, adding that there are no more calm nights in Lagos.

The 41-year-old singer recounted how some fans almost slapped her during a beach hangout because she went there without her security and money.

The mother of one also shared videos of herself at the beach responding to some fans who were hailing her. She wrote: “Hahahahaha I love you all too but from afar.”

In another post, she wrote: “Nothing like a calm night in Lagos this days. E even too cost step out.”

READ:  Denrele Confesses To Having Intimate Affair With Goldie While She Was Married [Video]

Swipe to view all the posts and video below:

This comes a week after Tiwa Savage was reportedly in tears after the man her leaked sεx tape ended their relationship after she visited him in Ghana.

READ:  Hairdresser Tries To Pullout The Hair She Made For A Lady For Who Refused To Pay Up

Janemena Reveals How Her ‘Small Bοοbs’ Saved Her During Sεxtape Scandal