Nollywood actor, Kanayo O. Kanayo has taken to social media to call for justice concerning the tragic death of a 12-year-old student of Dowen College in Lekki, Sylvester Oromoni Junior, who was allegedly killed by his colleagues for refusing to join a cult group. 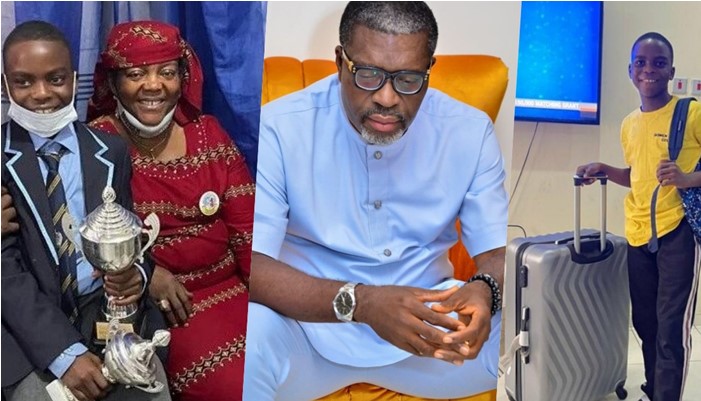 However, the management of Dowen College had denied all the allegations, stating that Sylvester was neither bullied nor beaten, but only sustained injuries while playing football at the school.

In a statement on Friday, the Lagos State Government announced that the school has been shut down ‘indefinitely’ to allow for investigations into how Sylvester died under allegedly controversial circumstances on Tuesday.

Reacting in a video shared on his Instagram page, Kanayo O. Kanayo told the Lagos State Governor, Babajide Sanwo-Olu, that shutting down the school is not enough.

He said, “The Governor of Lagos State, our own dear Babajide Sanwo-Olu. After the EndSARS protest and report, you have another challenge on your hands.

“The case of the 12-year-old Sylvester – your son – cannot be swept under the carpet. It is not enough to shut down the school.

“Do not – Your Excellency – Do not allow people to take the law into their own hands. It’s something that should be brought to book immediately. Thank you, Your Excellency.”

KanyiDaily recalls that Sylvester Onomoni’s father had narrated how his son was tortured and fed a chemical substance for refusing to join the cult group, adding that the boy suffered liver enlargement due to congealed blood before his death.