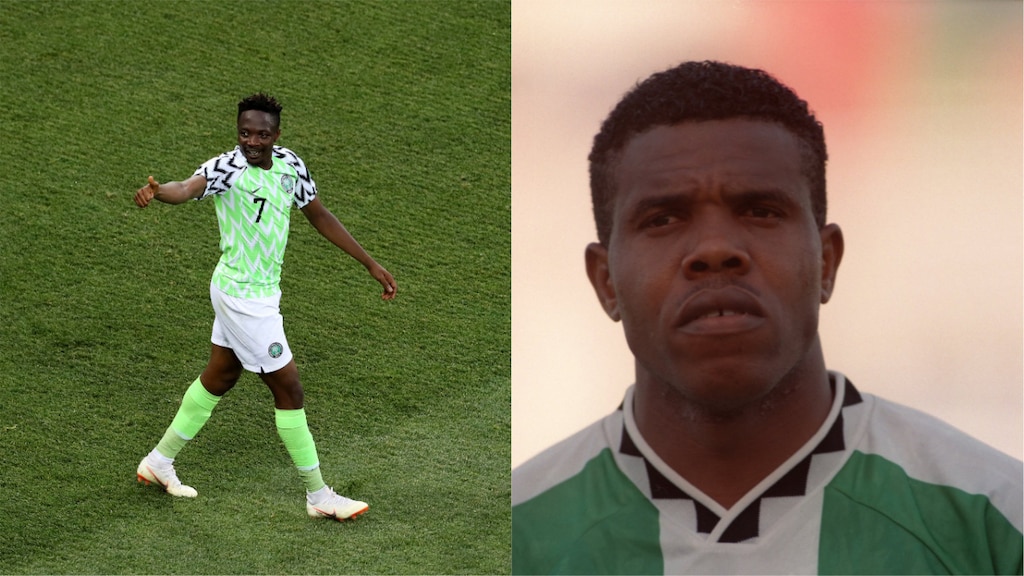 It was gathered that Musa donated the money to help Obiekwu after the Olympic Gold medalist opened up on his financial struggles and how he became a bus driver to sustain his family.

A Facebook user, Okwuluora had wrote, “At Abakpa Motor Park, I saw former Super Eagles Defender Kingsley Obiekwu (Shagari Udoji) loading buses and driving Sienna to Nsukka. I hugged and greeted him then cried like a man. Life can be cruel Yes. He never made it to the highest level Yes but where are his teammates.

“I will tell Kanu Nwankwo about this. They won Olympics together in Atlanta. Obiekwu last made headline when his younger brother died in the field of play. A NATIONAL HERO, AN IDOL TO MILLIONS, AN OLYMPIC GOLD MEDALLIST. We can help lift him again IF he is willing. That environment is not for him.”

During an interview with the News Agency of Nigeria (NAN) on Tuesday in Awka, Obiekwu confirmed that he uses his only car for commercial transport in Enugu to sustain his family.

The 47-year old former defender fondly referred to as Shagari in his playing days said things had not been rosy since he returned to Nigeria in 2008, in spite of his contributions to the development of Nigeria’s football.

According to Obiekwu, who now coaches INGAS FC, Enugu, he has to combine the coaching job with the commercial transport business to make ends meet.

He also stated that being owed over N6 million cumulatively by his former employees, the Nigeria Football Federation (NFF), had also made things difficult for him.

Obiekwu said, “Yes, I am a commercial transporter; there is nothing to hide about it. Man has to do what is legal to pay his family bills. I have four children at Enugu State University of Technology and my last child is in primary five.”

According to Premium Times, Obiekwu has confirmed the alert & cash support from Musa who decided to intervene by sending him N2m to help with his situation.

Though Musa did not publicly announce the donation or post it on his social media pages, close associates of the former CSKA Moscow forward confirmed the development.

READ:  Nobody Dared To Go For Independence Day Parade 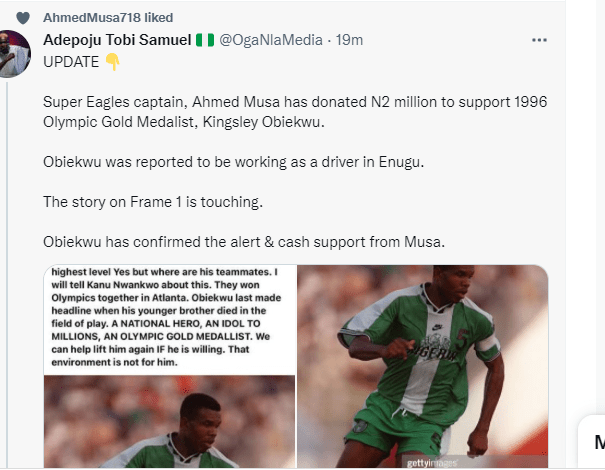 KanyiDaily recalls that Ahmed Musa had also given the sum of N250,000 to a woman who was looking for a menial job of N3,000 at Asaba Stadium in Delta State. 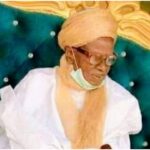 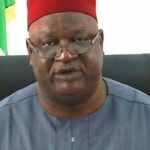