The management of the Obafemi Awolowo University (OAU) in Ile-Ife has denied embarking on an indefinite strike following an order by the varsity’s chapter of the Academic Staff Union of Universities (ASUU). On Monday, January 31, OAU lecturers had declared an indefinite strike over alleged non-payment of earned academic allowance (EAA) to its members by the management.

The varsity’s ASUU chairman, Adeola Egbedokun had said the strike became imperative after efforts to resolve the issue with the institution’s management proved abortive.

However, in a statement on Tuesday, OAU Spokesman, Abiodun Olarewaju called on the public to disregard the strike, adding that students are still attending lectures on campus.

Olarewaju said, “The attention of the Management of Obafemi Awolowo University, Ile Ife, has been drawn to a circular issued by a section of the academic staff, ASUU, calling on its members to go on strike, beginning from Monday, 31st January 2022.

“The University Management is using this medium to inform the general public, particularly our students, their parents or guardians, that overwhelming majority of the academic staff in OAU are not on strike neither do they have the intention of going on any strike action. In actual fact, lectures are ongoing and students are being attended to by lecturers in their respective departments.

“In view of this, parents, guardians, alumni, and friends of the University are assured of uninterrupted academic calendar, as our students are advised to go about their normal academic activities because there is no cause for concern or alarm.

“In addition, the University Management wishes to appreciate the majority of our lecturers who have the interest of the students at heart, and have been teaching and attending to students.”

This comes two months after ASUU threatened to embark on strike if all pending issues, including those of unpaid academically earned allowances and the revitalisation fund for universities, were not addressed within three weeks. 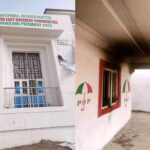 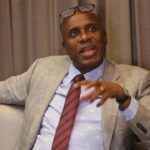